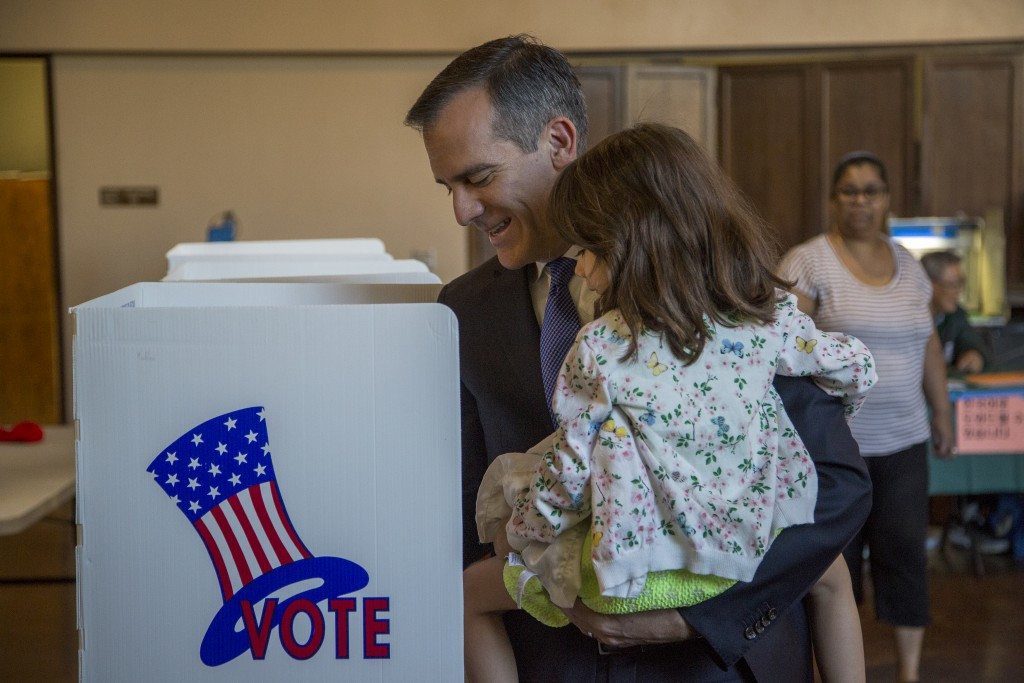 Eric Garcetti has been re-elected as Los Angeles Mayor and has spoken about "continuing the journey" of the city's bid to host the 2024 Olympic and Paralympic Games.

Garcetti had an unassailable lead by winning 81 per cent of the first 90,000 votes counted, claiming the highest margin of victory in nearly a century of LA Mayoral candidates.

It secures him a second term to lead the United States' second largest city and its bid to host the Games in seven years’ time.

During Garcetti’s first term in office, which started in July 2013, LA's unemployment was rate cut in half, 170,000 new businesses started up and the city attracted a record number of visitors.

Last year, Garcetti led passage of the largest transit construction programme in the nation, a $120 billion (£99 billion/€114 billion) investment in new rail and bus lines and highway improvements to reduce traffic and redefine the future of mobility.

In an attempt to provide greater opportunity for all Angelenos in 2015, he also raised the minimum wage as part of what is described as the largest anti-poverty programme in LA history.

"I am honoured and humbled to have been re-elected as Mayor and entrusted with a second term by the voters of Los Angeles," Garcetti, whose nearest challenger in the election was Mitchell Jack Schwartz with nearly eight per cent, said.

"We Angelenos have achieved a great deal together over the last four years, but we have big dreams and work still to do.

"Now we continue our journey towards opportunity, global leadership on the defining issues of our time and hosting an exceptional Olympic and Paralympic Games in 2024 that welcomes the world to the city of the future."

The 46-year-old Democrat has also helped oversee the domestic bid campaign, led international delegations and spoke at the first official presentation to the Olympic family at the Association of National Olympic Committees (ANOC) General Assembly in Qatar’s capital Doha in November

"Mayor Garcetti has been LA 2024’s leading advocate since day one, and his vision and enthusiasm for this project will be a tremendous asset for us in the final six months of the bid," Wasserman said.

"Like all of us at LA 2024, Mayor Garcetti recognises that our plans align perfectly with the unstoppable upward trajectory of Los Angeles: as City Hall improves the lives of Angelenos, the City of Angels becomes more ready to host a low-risk, high-tech and truly sustainable Olympic and Paralympic Games in 2024."

USOC chairman Larry Probst added: "On his first day in office, Mayor Garcetti wrote to me expressing LA's interest in hosting the Games, and since then his passion for bringing the Summer Games back to the United States has only increased.

Only Los Angeles and Paris remain in a two-horse race for the Games with the vote scheduled to take place in Peru's capital Lima on September 13.

The International Olympic Committee (IOC) Evaluation Commission are set to visit the candidate cities, with Los Angeles due to be the first assessed from April 23 to 25.

A final report will then be given to all IOC members and made public in advance of the Candidate City 2024 Briefing for IOC members and Summer Olympic International Federations on July 11 and 12.