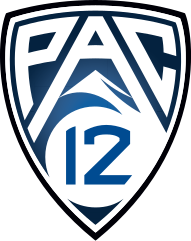 The United States Olympic Committee (USOC) is to honour the 12 American universities that form the Pacific-12 (Pac-12) conference, and the success of their athletes at the Rio 2016 Olympic Games.

The tribute will take place during the 2017 Pac-12 men's basketball tournament in Las Vegas on Friday (March 10) and, as part of the celebration, an Olympian from each Pac-12 university will be in attendance.

"Collegiate athletics is critical to Team USA's success and nowhere was that more evident than in Rio, where nearly 80 per cent of US athletes - and an even higher percentage of American medallists - had collegiate ties," said USOC chief executive Scott Blackmun.

"The Pac-12 was the most represented and decorated conference for Team USA, which is a testament to the extensive sport offerings and strength of Olympic programmes at the university level."

This was nearly double the delegation from any other National Collegiate Athletic Association (NCAA) conference.

The Pac-12 was also the most decorated conference, with 55 athletes from its institutions returning home with 77 medals for the US, including 44 golds.

This was twice as many as any other conference in both categories.

Of the 75 collegiate institutions that were represented by US medallists in Rio, three Pac-12 universities - Stanford, California and Southern California - finished among the top-five performing programmes.

Of all collegiate institutions, Stanford brought home the most medals for the US with former, current and incoming student-athletes earning 26 medals in seven sports.

"Pac-12 universities have a proud legacy of success at the collegiate and Olympic level," said Pac-12 commissioner Larry Scott.

"Olympic-level athletes come to our schools to receive outstanding educations while competing at the highest level of college athletics, and we are excited to join the USOC in celebrating the myriad of opportunities Pac-12 schools provide Olympic sport athletes."