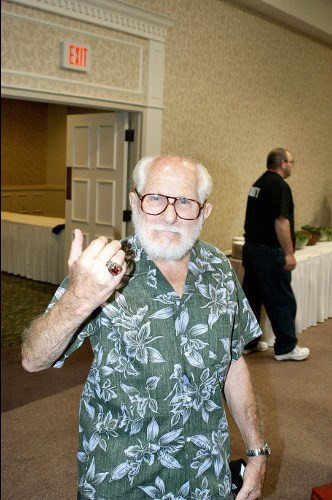 Tributes have been paid to former weightlifting referee and national champion from the United States Jack Hughes.

The 96-year-old was heavily involved with USA Weightlifting (USAW) during his life and was also a regular at powerlifting tournaments.

In 1953, Hughes became the national weightlifting champion and held several US records in powerlifting.

He was also a well-known referee for the sport, officiating at many national and international events, and had also been a part of the USAW Technical Committee.

His role with the committee saw him give clinics and administer refereeing exams.

“His integrity, his competence, and his fidelity to our sport set an inspiring example for those of us fortunate enough to have been mentored by him,” said Artie Drechsler, a former USAW chairman.

“Jack was the one who tested me when I got my national referee certification in 1975 and again when I became a Category One in 1981.

“He gave me the clinic that my wife Joanne took to become a national referee in 1987.

“He will be deeply missed by all who knew him.”

“The IWF expresses its deepest condolences to Mr. Jack Hughes’ family,” a statement on their website said.