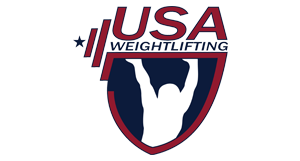 USA Weightlifting have announced that they are seeking nominations for two vacant positions on their nominating and governance committee.

The organisation are requesting that nominations or self-nominations are submitted by March 14.

An independent position has arisen following the resignation of Kyle Ernst, with the successful applicant due to serve for the remainder of his term, which ends in January 2017.

The second post is available to grassroots, technical and athlete members, where the term would last until February 2018.

It is hoped that the candidates will be selected by March 29.

The chosen applicants will join chair Megan Tornstrom DeFourny, Jennifer Ullman, the board-roll off representative and Kelly Rexroad Williams, who acts as the athlete representative on the committee.

Their responsibility is to vet nominees and select independent and at-large directors from nominations submitted.

An athlete representative is also being sought on the judicial, competition and coaching committees, with USA Weightlifting seeking to meet their bylaws, which state that 20 per cent of the make-up of the committees need to be athletes.

The candidates are required to be considered elite athletes, according to the bylaws, with applications for the judicial committee needing to be submitted by March 14.

Both the competition and coaching committees have deadlines of April 1.

Four further places are also on offer on the competition committee, with the successful candidates due to be revealed on May 2, where a handover period will commence until the new members begin their terms on June 1.

The election date for coaching will take place on April 26, with the new terms also scheduled to begin at the start of June.

Nominating forms can be accessed here.