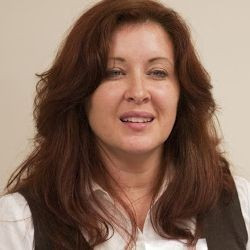 Ursula Garza Papandrea has been re-elected President of USA Weightlifting after she was installed as a replacement for CJ Stockel earlier this year.

Papandrea was selected to complete the rest of Stockel’s term at the helm of the governing body in February.

It came after USA Weightlifting’s Board of Directors opted to remove Stockel from his position at the helm of the organisation “without cause”.

“The removal was done without cause pursuant to USA Weightlifting bylaws which allow for either with cause and a lower requisite vote, or without cause and a required seven of nine vote, we did it based on the latter,” Papandrea told website barbend.com in April.

“So there is no information to divulge.”

Papandrea added that the decision was taken with a member of the United States Olympic Committee legal counsel present.

She was chosen to continue in the role by the Board during a meeting in Florida earlier this month.

It has also been confirmed that Phil Andrews has retained his position as chief executive of the organisation.

Papandrea, who has a long history in the sport of weightlifting, serving as a successful coach before embarking on a career in administration, is also seeking a place on the International Weightlifting Federation’s (IWF) ruling Executive Board.

She is bidding to become only the second woman on the body, with Canada’s Moira Lassen currently the sole female representative on the Executive Board.

The USA Weightlifting President is leading the preparations for the 2017 World Weightlifting Championships after Anaheim stepped in to host the event following the withdrawal of Penang.

It came after the Malaysian state encountered "difficulties" and resigned as organiser in October.

The US also hosted the 2015 edition of the biennial event, with Houston hosting a competition which received widespread praise.