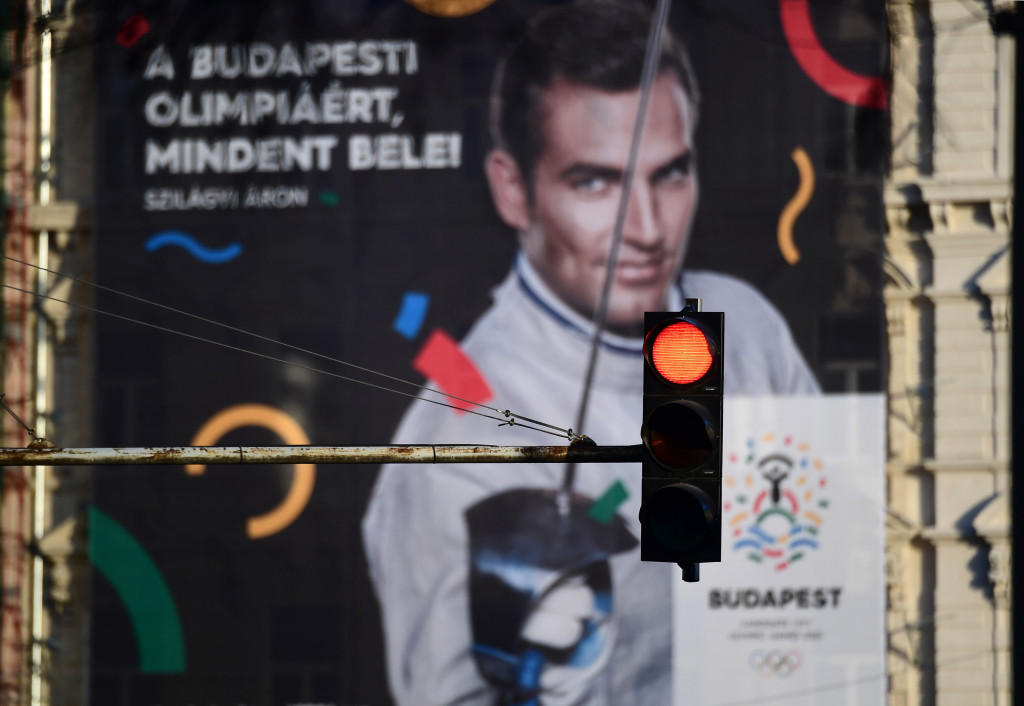 Balázs Fürjes, chairman of Budapest 2024, has said formal procedures to close the city's bid for the 2024 Summer Olympics and Paralympic Games have started.

In a statement released today, Fürjes said "there was no greater honour" than to host the Games, which he felt would have helped developing the Hungarian capital city.

A petition from campaign group Momentum Mozgalom which called for a referndum on the bid received more than 250,000 signatures and prompted Government officials to withdraw the plans following a meeting between the Hungarian Prime Minister Viktor Orbán, the city's Mayor István Tarlós and the Hungarian Olympic Committee (MOB).

Following the announcement on Wednesday (February 22), a vote will now be taken on cancelling the bid by the Budapest City Assembly.

After this, the MOB will notify the International Olympic Committee (IOC) of the results.

“We chose to bid because we believed, and continue to believe, in the transformative power of sport and the values of the Olympic Movement," said Fürjes.

“We have achieved great things collectively through this bidding process; this has been a major national effort on behalf of sport, the city and the nation.

“The Games in 2024 would have accelerated the long-term development plan for the city, thereby greatly improving the lives of the citizens of Budapest and Hungary, with benefits in many areas including public transport, employment, housing and accessibility.

"This was a great opportunity for young Hungarians to show to the world their great sporting prowess, creativity, innovation and business acumen.

"Ours was a bid that also had the potential to reach new audiences in the Central European region, leaving fantastic sport legacy for 150 million people.

“Unfortunately, the full support we had previously enjoyed fractured earlier this month when mainstream opposition parties u-turned on their backing for the bid in order to join the Momentum campaign.

"We have always made it clear that cross-party political support was a crucial condition for a viable bid.”

Fürjes thanked sponsors, the Budapest 2024 Athletes' Commission and anyone who supported the bid for their efforts.

He also thanked the IOC and wished leaders from Paris and Los Angeles, the two remaining candidate cities for the 2024 Games, luck in in the race.

“We thank the IOC for the excellent cooperation that we have enjoyed throughout the process; their commitment to Agenda 2020 made it possible for us to bid, and their engagement with Budapest was constructive and encouraging throughout," he said.

“We take the opportunity too to wish Los Angeles and Paris well for the remainder of the process; we have been proud to stand alongside them in this competition.”

Finishing off his statement, Fürjes added he hopes Budapest will still get to host the Games some day.

“We continue to believe in the model and we hope to have the chance one day to prove the case.

"We also look forward to 2019, when Budapest is the European Capital of Sport and will host the European Maccabi Games among an A-list of championship events.”

IOC spokesman Mark Adams confirmed the organisation had been contacted by the MOB about Budapest 2024's withdrawal.

He went onto say the IOC have been keeping an eye on proceedings in the country.

"The IOC has taken note of the statements by Prime Minister Orban and the Hungarian Olympic Committee that the candidature has been used to promote a broader domestic political agenda beyond the Olympic Games and was overtaken by local politics," Adams said.

"It is disappointing that this decision had to be taken – the candidature committee had presented an excellent project, which has built on the reforms contained in Olympic Agenda 2020.

"It also demonstrated that smaller cities and smaller countries can stage the Olympic Games in a feasible and sustainable way.

"For all these reasons, the IOC can appreciate the success of Olympic Agenda 2020 as far as the organisation of sustainable Olympic Games that fit into the long-term development plan of a city, region and country is concerned.

"This success is further demonstrated by the statements of Budapest, Los Angeles and Paris, that, without the reforms of Olympic Agenda 2020, there would not have been any candidates.

"We sympathise with those who put so much work into the candidature and their many supporters."

He went onto reiterate that further adjustments will be sought to the bidding process, but for now the structure will remain as it is.

During an interview on a state radio station, Orbán blamed "political upstarts" for killing the bid.

"There is a political organisation, which did not even hide that they want to primarily form a party and enter the political arena, and were not even really interested in the Olympics and they went as far as killing the Olympic dream," he said.

Momentum campaigners started the petition because they felt Hungary was not financially strong enough to host the Olympics.

They argued the money would be better spent on education, healthcare, housing, living standards and transport in the country.

Reacting to the Prime Minister's comments from the radio interview, Momentum spokesman Gergo Papp said: "It is Viktor Orban who killed a dream.

"At last, Hungarian society could have voted on an important issue, on a gigantic investment project."

Yesterday, the Budapest 2024 Athletes' Commission said they were "indescribably sad" at the withdrawal.

Hamburg and Rome also pulled out of the race to host the Games.

The German city were the first to go when a referendum held in November 2015 saw residents vote 51.6 per cent against the bid.

Rome's bid was "suspended" in October when newly elected Mayor Virginia Raggi refused to support it.

Earlier this month, a Rome 2024 spokesman said the bid was officially "dead".

A vote on who will host the Games will take place at the IOC Session in Lima, Peru, in September.