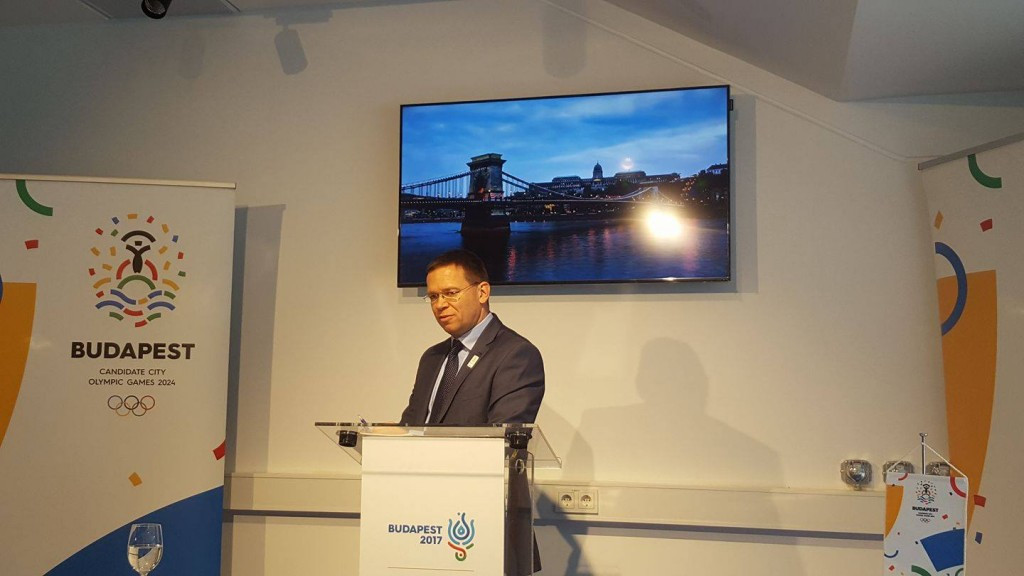 Budapest 2024 chairman Balázs Furjes claimed here today that a final decision on whether the Hungarian capital's bid for the Olympic and Paralympic Games will continue is still a few weeks away.

Furjes yesterday admitted that the city's efforts to stage the Games might be coming to an end after a political movement gathered more than 250,000 signatures to trigger a referendum on it.

He has now, however, offered hope that Budapest may remain in a race which also includes Los Angeles and Paris.

"I think in such a situation it is important to be calm," he said at the opening of the main venue for this year's International Swimming Federation (FINA) World Championships.

"The second thing, especially in such a situation, I think the good line to follow is almost to prepare for nothing but be ready for anything and I think we need to be flexible.

"By adjudging a certain date, we would be cornering ourselves.

"Timewise, what I can tell you, is that it's a few weeks.

"I think that it's a matter of a few weeks and we need to be able to restore the unity, the willingness and the support within the country.

"That itself is necessary but not enough in itself.

"Then might come the referendum, but if within two weeks we can't find the solutions, we can't restore the consensus then it will be impossible.

It will follow a separate meeting between the City Assembly and the Government Cabinet.

Furjes is due to hold a televised debate with Momentum Mozgalom chairman András Fekete-Győr at the Corvinus University of Budapest tomorrow.

"They are Budapest people and they wanted to make their voice heard.

"I think the representatives of the bid, those in favour of the bid, should be open minded to the concerns."

Alexandra Szalay-Bobrovniczky, the Deputy Mayor of Budapest, believes there is still a chance the city can remain in contention.

"If we can regain the support, then I think we will have hope for organising one of the biggest events in Hungary’s sport life ever," she said here today.

"I do believe all the Hungarian Olympians are dreaming of having an Olympics in Hungary and just competing in front of Hungarian fans," Hosszú said.

"Actually, a lot of people were asking me about the bid in Rio - they were congratulating me on the bid during the Games.

"I think right now there is more of a political fight about the bid so for us athletes, I think this dream then wouldn’t come true so obviously it’s a sad situation for us.

"I do think there is still a chance.

"Obviously we definitely hope so.

"We think it would be great, but we will see what happens."