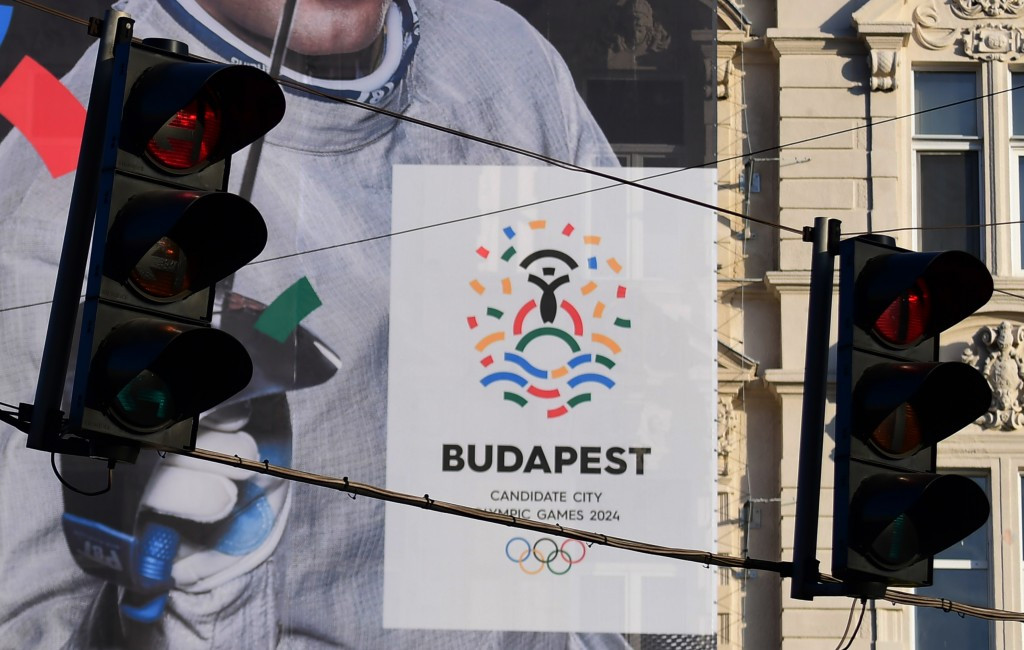 New political conditions in "our fragile world" means further adjustments are required to the candidature process for selecting host cities, the International Olympic Committee (IOC) have admitted in an internal letter.

This comes as Budapest Government officials withdrew the city's bid for the 2024 Olympic and Paralympic Games.

Only Los Angeles and Paris remain in a two-horse race for the Games ahead of the scheduled vote on September 13.

In a letter sent to all members, IOC Presidential spokesman Mark Adams blamed party politics for the Hungarian decision and insisted the Olympic Agenda 2020 reforms were still working.

"We have been asked by a number of you for an update on the candidature process for Budapest 2024," Adams wrote in a letter seen by insidethegames.

"As you will understand, it is only the National Olympic Committee that can formally withdraw a bid, and it would not be correct for us to comment until this step has been taken.

"That having been said, it is clear that a promising Olympic Games candidature has been used to promote a broader domestic political agenda beyond the Olympic Games and was overtaken by local politics.

"For the IOC, we can appreciate the success of Olympic Agenda 2020 as far as the organisation of sustainable Olympic Games which fit into the long term development plan of a city, region and country are concerned.

"Indeed, all three candidates have made it clear that their candidatures would not have taken place without Olympic Agenda 2020."

But he then admitted that further changes were required.

"On the other hand, the political situation in our fragile world requires us to further adjust the candidature procedure," Adams added.

"Under these new conditions, as the President has already noted, the process produces too many losers."

This letter deviates from their public line of avoiding "speculation" until they are "officially" notified of Budapest's withdrawal.

The Hungarian capital follows Hamburg and Rome in pulling out of the race for the 2024 event.

The German city failed a referendum in November 2015.

In October 2016, Rome's bid was "suspended" after the Italian capital's new Mayor Virginia Raggi refused to support it before it was officially declared dead earlier this month.

The 2022 Winter Olympic race was also marred by withdrawals as Stockholm, Lviv, Kraków and Oslo all exited the process to leave Almaty and eventual winner Beijing as the only remaining candidates.

Munich and Davos in Switzerland had failed referendums before the bidding process had begun.

Swiss canton Graubünden has already rejected a 2026 Winter bid in another public ballot.

One short-term solution being considered by the IOC leadership is to award both the 2024 and 2028 Games to Paris and Los Angeles this year.

This would avoid disappointing either one of two strong cities, while providing time for more concrete reforms.

However, even this idea is fraught with risk due to the dangers of awarding a Games 11 years beforehand and alienating other cities considering an attempt for 2028.

There is currently wide opposition to this proposal among the IOC membership.

This includes from at least three of the body's four vice-presidents.

Of these, Australia's John Coates told insidethegames he "hasn't worked out how it would be done".

Turkey's Uğur Erdener said that, in his opinion, "it is not feasible at this time" while China's Yu Zaiqing claimed it "would need to be discussed at an IOC Session" because the Olympic Charter would require changing.

Should the 2024 and 2028 Olympics be awarded together? Have your say in our poll.