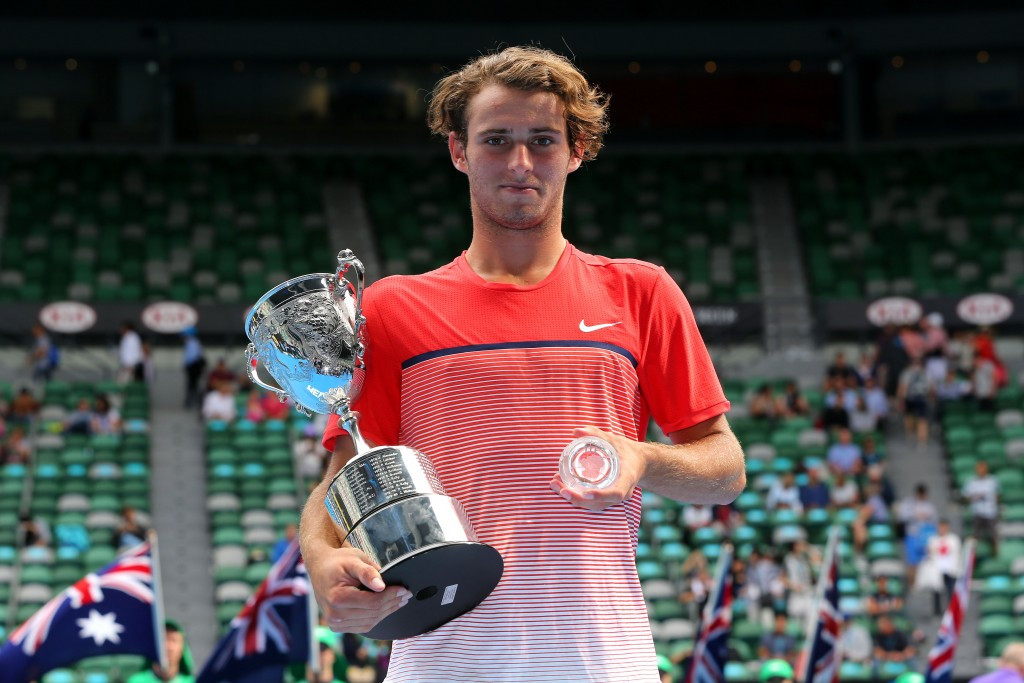 Oliver Anderson has been provisionally suspended from tennis following match-fixing allegations against him.

The Australian was charged with the offence on January 5 and is due to appear before magistrates in his home country on March 2.

Victoria Police, who are investigating the incident, have said the charges relate to a match Anderson, 18, played at the Traralgon Challenge Tournament in Victoria in October.

The Tennis Integrity Unit (TIU) are also investigating the allegations and it was confirmed today that independent anti-corruption hearing officer Richard McLaren, who led the World Anti-Doping Agency commissioned report into state-sponsored doping in Russia, had suspended the 2016 Australian Open boy’s singles champion.

A TIU statement said: “The suspension applies with immediate effect and will remain in place until the conclusion of the TIU investigations.

“During this period Mr Anderson, currently ranked 1,083, is excluded from competing in, or attending, any tournament or event organised or sanctioned by the governing bodies of the sport.

“The suspension is not a determination of the player’s guilt or innocence of corruption offences under the Tennis Anti-Corruption Program.”

The match in question was against another Australian, Harrison Lombe.

On the first day of the 2016 Australian Open, the BBC and BuzzFeed released secret files stating that 16 players who have been ranked in the world’s top 50 had been flagged up as potentially being involved in match-fixing activities.

It was claimed the TIU had not properly investigated these allegations.

Last month, Romanian tennis player Alexandru-Daniel Carpen received a life ban from the sport after he pleaded guilty to match-fixing.