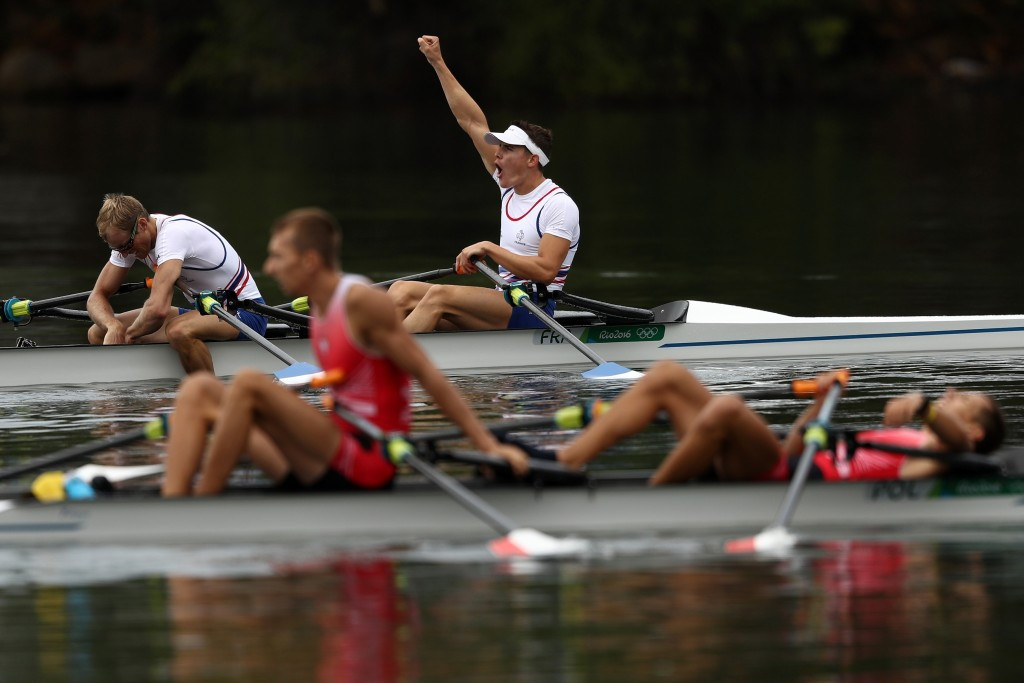 International Olympic Committee (IOC) member Denis Oswald has warned rowing delegates that voting to increase the number of lightweight events at Tokyo 2020 has been dismissed by IOC President Thomas Bach.

The Swiss, who led the International Rowing Federation (FISA) for 25 years until 2014, told the Extraordinary Congress in the Japanese capital that Bach was against the idea.

Delegates in Tokyo have two options to forward for ratification by the IOC Executive Committee in July.

This would leave only two lightweight events in the Games programme - the men's and women's double sculls.

An alternative proposal is being put forward by Australia, Switzerland, China and Denmark - Canada withdrew its support last weekend after consultations with FISA - that would remove the men’s coxless four (M4-) rather than the LM4- and bring in a lightweight women's coxless four (LW4-).

This would give lightweight rowing four of the 14 events.

But both Oswald - who is now in charge of one of the two IOC Commissions investigating charges made over a state-run doping programme in Russia - and his successor as FISA President, Jean-Christophe Rolland, told delegates starkly that the alternative proposal was not a realistic option at what was a crucial time for the future of the sport.

"Because of my responsibility with the Disciplinary Commission enquiring about the Sochi situation and the McLaren Report, you can imagine I have been in very, very close contact with Thomas Bach, the IOC President," Oswald told delegates on the opening day of the Congress.

"I took the opportunity to discuss this issue with him.

"He knows exactly the situation of rowing - he knows the times that lightweights achieve, for example, in the men’s coxless fours.

"And he told me clearly 'you have no chance in rowing'.

"I don’t say that officially, but if you try to come with more events for lightweights, the conclusion of this review of the Olympic programme was no lightweights in rowing.

"Two years ago the Olympic Programme Commission had decided to eliminate completely the lightweights, and thanks to the work done by Jean-Christophe and our executive director Matt Smith they have been able to achieve something that will keep at least two lightweight events, one for women, one for men, under the principle of universality.

"But it is an exception to what the IOC have normally decided and was prepared to do.

"So we cannot take the risk to lose everything."

Rolland - who won gold at the 2000 Sydney Games in the men's coxless pairs - also spoke in dramatic terms.

"The world is changing so fast, and the world of sport as well," he said.

"We must understand that the Olympic Games does not belong to FISA.

"Is rowing in danger as a sport in the Olympic Programme?

"I would say, with a certain confidence, 'no'.

"Is rowing at risk in terms of total events and athletes at the Olympics?

"Absolutely - more than ever.

"We have been in almost daily discussion with the IOC leadership on this question.

"When we began our discussions with the IOC, the starting point was 'no more lightweights'.

"So this is the situation."

The proposal to increase the lightweight classes to four was put forward by Christian Stofer, secretary general of the Swiss Rowing Federation.

Stofer said the proposal would achieve a greater balance in the sport and accord with the principles of universality included in the Olympic Charter.

Oswald recalled what he called his "personal battle" in 1993 to persuade the FISA Council and IOC to introduce lightweight rowing to the Olympics in 1996.

"I have always been very, very supportive for the lightweights," he said.

"All my time as President I was fighting against those at the IOC who were trying to reduce them or remove them from the Olympic programme.

"But now the situation has changed.

"The IOC has commissioned a deep review of the sports programme and said there can be separate weight categories only for contact sports and weightlifting.

"I like very much the presentation Christian made, and the balanced sweep and sculling events.

"If I were the one to decide, I would buy it immediately.

"Unfortunately I am not the one to decide.

"I know it would be good for our sport, I know.

"But if we are rejected by the IOC Executive Board, what do we do after?

"I am disappointed as well.

"It would be fantastic to have four events for lightweights at the Olympics.

“But it’s just not realistic, not possible, unfortunately."