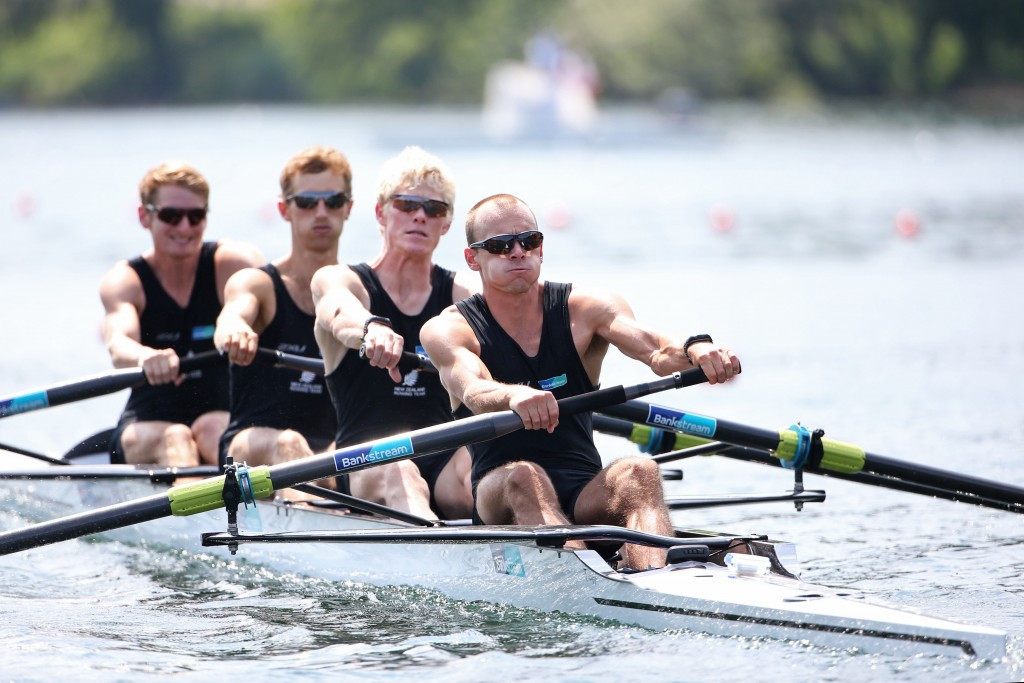 Changes to rowing’s programme at future Olympic Games have been proposed after a National Federations’ Conference in London - which could involve the axing of events such as the men's coxless four.

A total of 80 delegates from 59 Federations were present at the meeting, organised by the International Rowing Federation (FISA), and which was also attended by International Olympic Committee (IOC) sports director Kit McConnell.

McConnell discussed the switch from a sport-based programme to one that is event based under the IOC's Agenda 2020 reforms, which will see the number of events limited to 310 at the Olympic Games.

The IOC claim they will require 50 per cent female participation at the 2020 Olympic Games in Tokyo as part of a push to increase universality in all events.

As a consequence, FISA has proposed several options which would meet the requirements and keep the number of athletes competing at 550 for future Games.

The first proposal would see the men’s lightweight coxless fours removed from the programme, with women’s coxless four being added in its place.

Another option would see the men’s coxless four and lightweight coxless four both being dropped, with 34 rowers then being able to compete in both men’s and women’s lightweight singles sculls.

Removing the men’s and women’s doubles sculls events to make way for the lightweight singles sculls is the third option, with the men’s lightweight fours also being removed under that proposal.

Each proposal would involve the number of boats and rowers being adjusted to keep 550 athletes across the disciplines.

“We all know how sensitive, how important and how crucial it is when the discussions come to Rule 37 on the events in the Olympic programme,” said Jean-Christophe Rolland, President of FISA.

“This is why we have started an analysis of the event principles for rowing and involved all of the key stakeholders in the discussion.

“We are in regular dialogue with the IOC and they will evaluate the rowing programme event by event.

“We need to have a strong rationale for each of our events; we cannot rely on history, but must be ready to adjust to new trends and a fast changing environment.”

The National Federation leaders were able to exchange views in small groups following a presentation entitled “Driving Rowing’s Future”, which was aimed at helping the sport retain a strong position in the Olympic Movement and ensure the integrity of rowing.

The presentation can be found here.

Following the groups, the delegates were given the opportunity to provide feedback on the proposals at the combined meeting.

FISA also dedicated a session to suggested governance changes, based on recommendations from the Governance Working Group established last year to assess the structure of the organisation.

Among the suggestions is for a clause to be included regarding declaration of conflicts of interest, while a proposal to only allow one delegate from National Federations to be accredited at their Congress was put forward, with more delegates allowed if both genders are represented.

The move would be designed to increase the number of women who are represented in leadership positions.

A further recommendation was that a member with unresolved debts to FISA should be suspended, with no member allowed to stand for election or have voting rights, while their teams could be banned from competition.

The next National Federations’ Conference is due to be held on 30 August 2016 at the 2016 World Rowing Senior, Junior and Under-23 Championships in Rotterdam.

It will be the final opportunity for proposals to be discussed directly with the member Federations, ahead of the 2017 Extraordinary Congress in Tokyo, due to take place from February 9 to 12.

A two-thirds majority vote would be required in order to change any of the FISA statutes and rules.

The governance presentation can be found here.