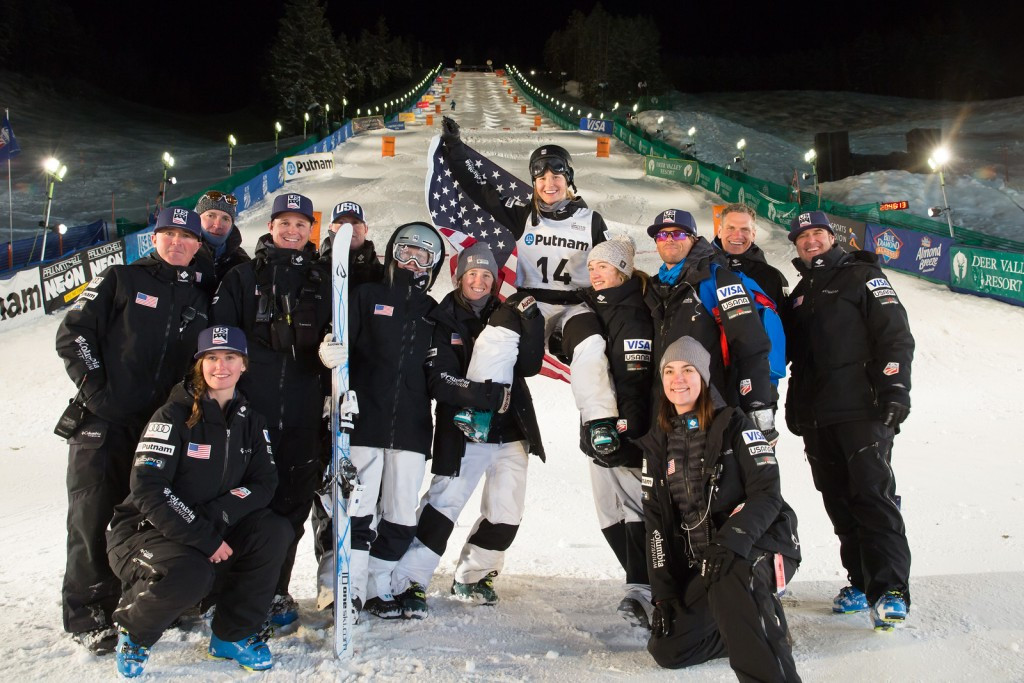 The US skier last topped a World Cup podium in March 2015 in Tazawako in Japan, before a knee injury ruled her out for nearly two years.

She was the star performer in the single moguls event in the Utah resort, demonstrating a superior jump package and better control to win with 81.27 points.

Cox was seeking a fourth win in five World Cup events this season but only managed a tally of 77.00.

"I looked back to my strengths of being tough in the big moguls," said Schild on regaining her winning form.

"People can struggle with that, and it makes me feel more confident to get to those places in the course that a lot of girls don’t go, which is usually filled with a lot of soft snow.

"To be able to just commit and go as fast as I can into the bottom air, that’s really what went well for me today.

In the men's event, Canada's Mikael Kingsbury returned to the top of the podium by clinching a third World Cup win this season.

Kingsbury, who is hoping to become the overall freestyle World Cup champion for the sixth time in a row, had to settle for second place behind Australia's Matt Graham last time out, on his home course in Calgary.

However, he came out on top with a score of 82.48 and now has 36 career wins, just three away from surpassing Norwegian Rune Kristiansen's record for most freestyle World Cup triumphs.

"I feel the heat from the other guys, but I’m still trying to lead the train," Kingsbury said.

Second place went to France's Benjamin Cavet on 81.17 as another Canadian, Philippe Marquis, scored 79.76 for bronze.

In the overall standings, Cox is still the women's leader on 405 points, with Dufour-Lapointe second on 341 and France's Perrine Laffont third on 286.

Kingsbury has increased his lead over Graham in the men's rankings, boasting 420 points to the Australian's 296.

Action continues with the first dual moguls competition of the season in Deer Valley tomorrow.