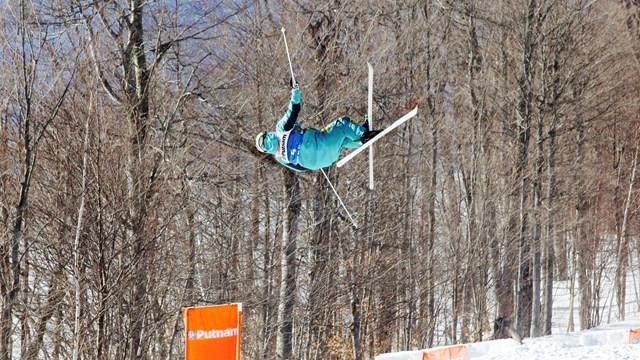 The 28-year-old’s only win on the circuit had come back in 2008 in the Swedish ski resort Åre, but aggressive skiing saw Reiherd end his long wait for a second triumph.

His risky style, which included an off-axis 1080 jump, would be rewarded with the highest score of the day as he ended with a total of 82.20 points.

Reiherd would finish clear of Kazakhstan’s Benjamin Cavet and the United States’ Bradley Wilson, who completed the podium with scores of 80.73 and 78.08 respectively.

“I felt like this was a strong course, and I had to ski strong on it.

“My first jump went well, my second jump was good, and I had a fast time.

“Conditions were difficult but I didn’t make any mistakes and it was good for me.”

The victory would also see Reiherd rise to the top of the overall World Cup standings by moving onto 150 points, with Canada’s Mikaël Kingsbury lying second, 10 points down.

In the women’s competition, the Australia’s Britteny Cox also secured the second victory of her career.

She had to wait a much shorter time than Reiherd had for another World Cup triumph, with her first success having come at the last event in Ruka, Finland.

The American would secure the back-to-back wins by scoring 75.27 points, with France’s Perrine Laffont ending narrowly adrift on 74.20 points.

Morgan Schild would secure the final podium position, as the American skier scored 72.51 points in the event.

The overall World Cup standings are led by Cox with the Australian moving onto 200 points following the triumph, with Laffont 40 points down in second.

Action will continue tomorrow with the men’s and women’s aerials.