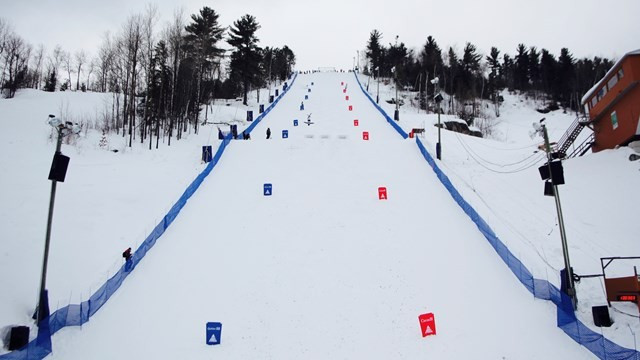 The latest International Ski Federation (FIS) World Cup moguls stage is set to begin in Val St Come, the first of two competitions to be held on Canadian soil this season.

Canadian skiers will be hoping to put last week's disappointment in Lake Placid behind them after failing to make the podium in any competition.

It has been a largely disappointing season for the Canadians after Chloe Dufour-Lapointe claimed the moguls crystal globe and four other Canadian ladies finished in the top 10 last season.

No Canadian skier has secured a single podium finish so far this season.

Meanwhile on the men’s side, Canada's five-time reigning globe winner Mikael Kingsbury took the win at the season opener in Ruka but was forced to settle for sixth place at Lake Placid.

At last season’s competition in Val St Come, the home team took five of six podium places including a historic sweep of the podium by the sister trio of Justine, Chloe, and Maxime Dufour-Lapointe, a victory for Kingsbury, and the first career podium for Laurent Dumais.

Reiherd currently has 150 points after a fourth place result in Ruka and an impressive win in very tough conditions last weekend in Lake Placid, with Kingsbury and Benjamin Cavet of France just behind him on 140 each.

Cox has amassed 200 points so far this season while her nearest rival, France's Perrine Lafont occupies second on 160.

Keaton McCargo of the United States completes the top three way back on 84.

Action is due to take place from 7.30pm local time tomorrow evening.

The moguls World Cup will then move to Calgary next week.