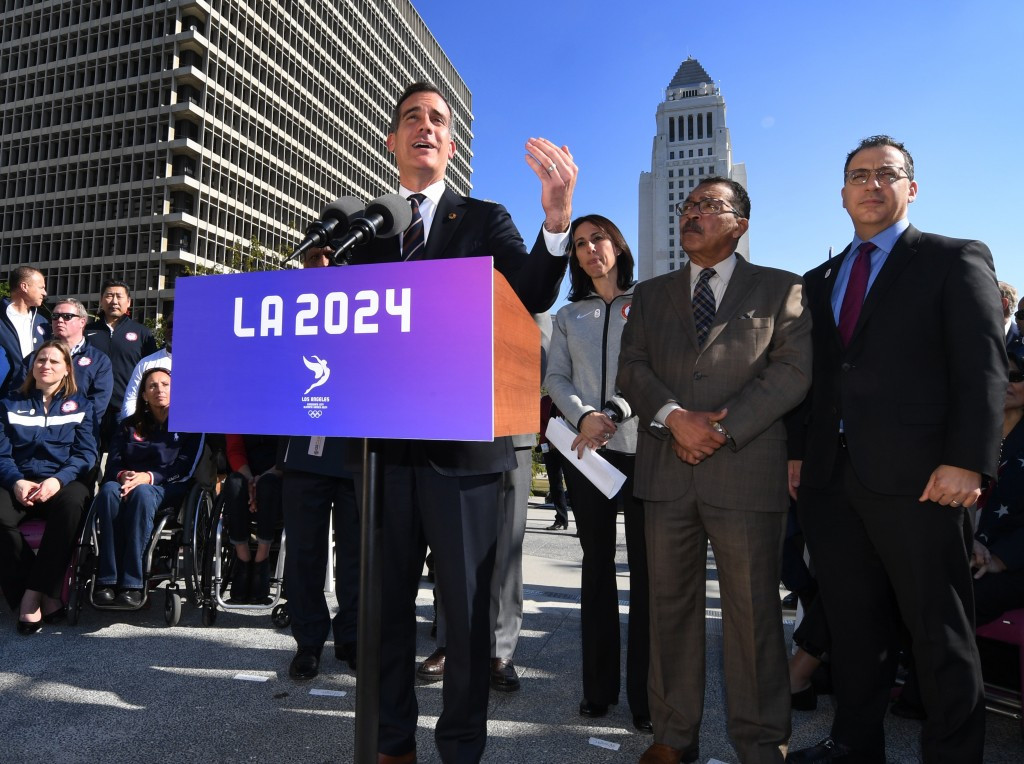 Los Angeles Mayor Eric Garcetti has claimed he understands the reasons why the International Olympic Committee (IOC) are considering changes to the Olympic bid process as he believes the odds of victory are too long and the cost can be too high for certain cities.

Garcetti, however, stressed Los Angeles is solely focused on the race for the 2024 Olympic and Paralympic Games following suggestions the IOC may award two editions of the event - 2024 and 2028 - at the Session in Lima on September 13.

Earlier this month, Los Angeles and the United States Olympic Committee stressed they have no interest in bidding for the 2028 Olympic and Paralympic Games if they are not awarded 2024.

Garcetti has reiterated this view, saying they were "not going for 2028".

The IOC have been actively investigating what would represent a drastic alteration from the normal bid procedure and would see the removal of the membership’s main power.

"We’re eager, ready and excited to host 2024 and that is all we are focused on," Garcetti told insidethegames.

“I appreciate that the system seems expensive and the odds seem long for most cities when you have a five, six or seven-eighths chance of losing and that you have to raise tens of billions of dollars.

"I do appreciate that the Olympics is having this discussion and if they do come up with a new model then we will fit into that.

The IOC are debating giving Paris one edition of the Games and Los Angeles the other.

Budapest, the other city bidding for the 2024 Olympics and Paralympics, are thought to be the main obstacle to awarding two Games in the Peruvian capital.

The Hungarian capital's decision to delay the launch of their international campaign following growing calls for a referendum could see them fall further behind in the race, however.

Should the result of a potential referendum go against Budapest, just as it did for Hamburg in November 2015, it could raise the possibility of the IOC electing host cities for the 2024 and 2028 editions in Lima.

Los Angeles 2024 chairman Casey Wasserman said the IOC awarding two editions of the Games at the same time is an "interesting concept".

France and the United States have also suffered defeat in Olympic and Paralympic bid races in recent years.

Garcetti is confident Los Angeles will fare better than other bids from the US in the past.

Last week they received unanimous backing from the City Council as an example of the level of support for the city's attempt at bringing the Summer Olympics to America for the first time since Atlanta 1996.

"Now what we have been saying, that we have 100 per cent backing, is manifested and its clear," he said.

"The polling numbers are clear, the Government support is clear the athletes and the cultural community too."