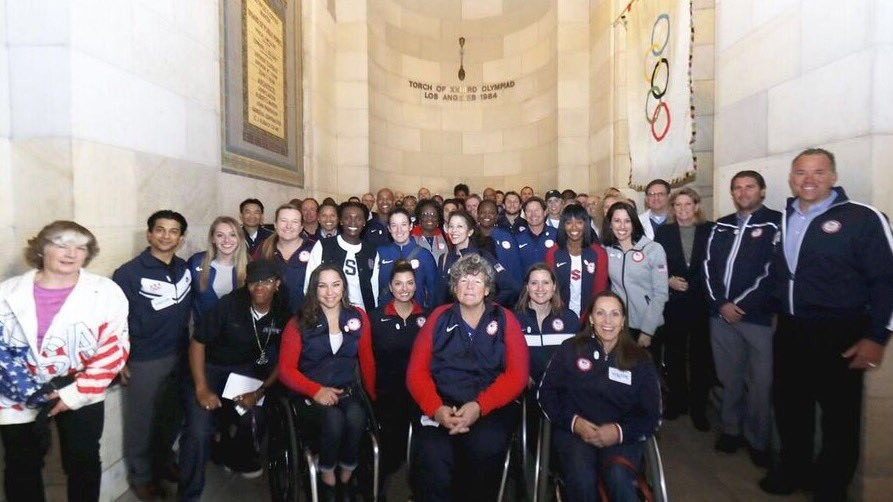 Los Angeles City Council has given their final unanimous approval for the city's bid for the 2024 Olympic and Paralympic Games at a meeting held here today.

The Council members voted 13-0 in favour, with 60 Olympians and Paralympians in attendance.

The vote authorises Los Angeles Mayor Eric Garcetti to sign the Host City contract with the International Olympic Committee (IOC) should the city be chosen at the Session in Lima on September 13.

It took place prior to the deadline for the submission of the third part of Los Angeles 2024's candidature file - on Games Delivery, Experience and Venue Legacy - on February 3.

As part of the submission, Los Angeles 2024 will provide a full set of guarantees against any budget shortfall.

The Bid Committee claim this is possible because "in developing its fiscally responsible and sustainable Games plan, Los Angeles 2024 sought to eliminate scenarios which could create unexpected costs".

The unanimous verdict delivered today was widely expected and came after the City Council Ad Hoc Committee gave their full support to the bid last week.

It marked the 14th time the City Council had given their backing to Los Angeles 2024 with a unanimous vote.

The Council cast their vote in front of a crowd full of Americans who had represented their country at the Olympic and Paralympic Games, including sprinting legend and four-time Olympic gold medallist Michael Johnson.

"Today, we have reached a historic milestone in our journey to bring the Olympic and Paralympic Games back to Los Angeles for the first time in 40 years," Wasserman said at an event held after the final seal of approval from the Council.

"Together with our city partners we’ve developed a high-tech, low-risk Games Plan for the 2024 Olympic and Paralympic Games that clearly demonstrates that the Games can deliver tremendous benefits, not burdens, to host cities of the future.

"And this is exactly what the IOC is looking for."

Evans, winner of four Olympic gold medals in swimming, described the vote as a "monumental milestone in our quest to bring the Summer Olympic and Paralympic Games back to the United States for the first time in 28 years".

"It goes without saying that without the Council’s confidence in us, we would not be bidding," she added.

"I can say with confidence that no other city in this race can better serve the athletes like Los Angeles can."

The City Council, who had also voted unanimously in favour last September, formalised their relationship with Los Angeles 2024 by approving a Memorandum of Understanding (MoU) with the Bid Committee earlier this month.

The MoU involved the Bid Committee submitting an updated budget to the City, which will feature as part of the submission of the candidature file.

Cost and revenue adjustments were less than one per cent, it is claimed.

Los Angeles was originally overlooked by the United States Olympic Committee (USOC) as their candidate for the 2024 Olympics and Paralympics.

Boston, the initial choice, withdrew its bid last July following a high-profile public campaign by some of the city's citizens.

It led to the Mayor Marty Walsh refusing to sign the Host City Contract for fear it would commit taxpayer money to staging the Games.

Budapest and Paris are also in the running for the 2024 Games.

If Los Angeles win, they will become only the second city after London to host the host the Olympics three times, having previously staged it in 1932 and 1984.