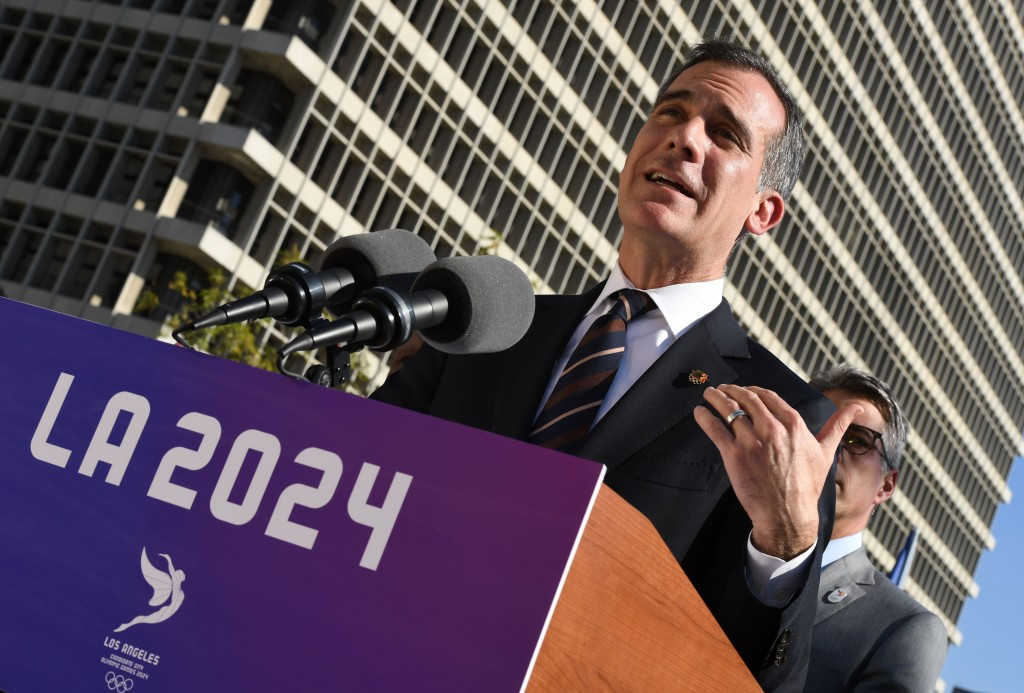 Los Angeles Mayor Eric Garcetti has criticised President Donald Trump’s controversial executive order on immigration, claiming there is "no evidence this approach will improve national security" and that it goes against one of America’s "defining legacies".

Trump, who was inaugurated as the 45th President of the United States earlier this month, signed an executive order yesterday which prohibits citizens from seven Muslim-majority countries - Syria, Sudan, Somalia, Yemen, Iraq, Iran and Libya - from entering the country for a 90-day period.

The move also bans Syrian refugees indefinitely, while refugees from all nationalities worldwide will not be able to travel to the US for 120 days.

A Federal Court judge today granted a stay on the executive order, preventing the deportation of valid visa holders or refugees, after the American Civil Liberties Union (ACLU) filed a lawsuit.

The ACLU claim between 100 and 200 people have been held at airports across the country, where a series of protests have also been held.

Garcetti, a key figure in Los Angeles’ bid for the 2024 Olympic and Paralympic Games, has hit out at the move in a statement issued in the wake of the order, which has sparked anger both globally and domestically.

"One of America’s defining legacies in the world is the welcoming of people who arrive on our shores to escape the horrors of war, oppression, and violent persecution," Garcetti said.

"The Executive Order signed today by the President unfairly targets refugees - many of them families with young children - whose lives may depend on the compassion and generosity of the United States.

"There is no evidence that this approach will improve national security.

"Our country is not made safer by turning away from values and traditions that speak to the best of who we are as a nation, and what we believe as people."

In a further statement, Garcetti stressed Los Angeles will "always be a place of refuge, where the most vulnerable people fleeing war, or religious or political oppression, can find a safe and welcoming home".

Garcetti urged residents to "act lawfully and peacefully" so Los Angeles Airport can continue to function as normal.

@insidethegames Not advisable to comment on the bids. My comments are on the policy of a Government, not a bid city. Far too early to judge

"For him, collective responsibility trumps individual justice," Peterkin, also a candidate for the Presidency of the Pan American Sports Organization, wrote on Twitter.

In response to a question from insidethegames concerning whether the executive order would prevent him from voting for Los Angeles 2024, Peterkin said: "My comments are on the policy of a Government, not a bid city.

"Governments have a tendency to say and do things that embarrass bid cities and hosts.

Trump has defended the order, insisting it is not a ban on Muslims.

Los Angeles, whose bid was recently given the final seal of unanimous approval from the City Council, is up against Paris and Budapest in the race for the 2024 Olympics and Paralympics.

The IOC are due to elect a host city at the Session in Lima on September 13.