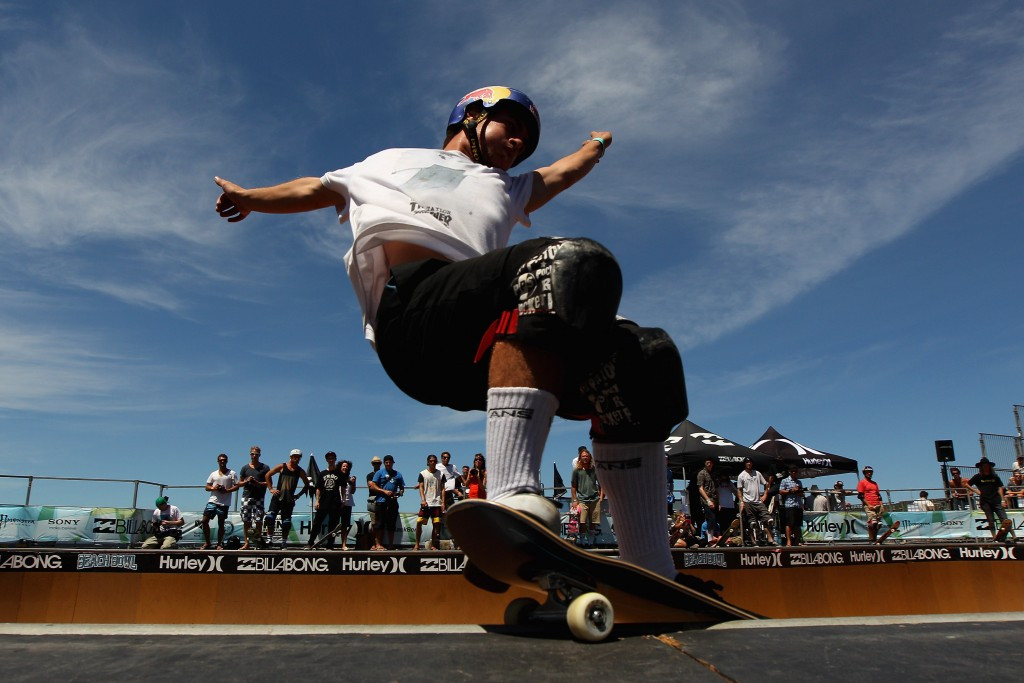 Six-time Summer X Games park champion Pedro Barros has vowed to boycott the skateboarding competition at the Tokyo 2020 Olympic Games if a dispute surrounding the designated national governing body in Brazil is not resolved.

It comes as the Brazilian Olympic Committee (COB) recognised the Brazil Roller Sports and Hockey Confederation (CBHP) as the body responsible for organising skateboarding competitions at the Games despite them having no experience in the sport.

A petition calling for the Brazilian Confederation of Skate (CBSk) to be chosen instead has so far received over 11,400 signatures.

"I believe that no skater will go to the Olympics through the CBHP," Barros, the 21-year-old who would be a major gold medal contender in the Olympic park event, told Notícias do Dia.

"This is the most absurd thing I've ever heard of in skateboarding.

"We are skateboarders and not skaters!

"How [do] they [the CBHP] want to get involved in a sport where they do not know the history, the idols and who it really represents?

"If they had the least knowledge about skateboarding, they would have immediately included the CBSk within the context, since it was they who regulated skateboarding for decades.

"It would be like a confederation of marbles wanting to take on football."

Skateboarding was one of five sports added to the Tokyo 2020 programme by the International Olympic Committee (IOC) at its Session in August in Rio de Janeiro.

However, the skateboarding situation was especially complicated because the International Roller Sports Federation (FIRS) was selected as the world governing body, rather than a specific skateboarding organisation.

ISF President Gary Ream was appointed head of an FIRS Commission governing the sport while the Tim McFerran-led WSF opened a lawsuit against rival bodies after appearing to have been cut out of the process.

The Brazilian case is an example of a similar dispute taking place at a domestic rather than an international level.

It is likely, therefore, that others will also emerge in other countries.

A letter was sent by the IOC to all National Olympic Committees on August 11 outlining the process for incorporating governing bodies across the five new sports.

"In the case of skateboarding, a more specific approach may need to be adopted on a case by case basis, to best reflect the reality of the sport in your respective countries," it said.

In a statement posted on their website, the ISF have also supported the CBSk.

"The ISF unequivocally supports recognition, integration and support for the CBSk as the COB considers its planning for the debut of skateboarding at the Olympic Games Tokyo 2020." they said.

"The CBSk has been the backbone for the national development of skateboarding in Brazil for nearly two decades."

insidethegames has contacted FIRS for clarification over their position.

Brazil are one of the most successful countries in the sport and have also produced top skateboarders such as 14-time X Games champion Bob Burnquist.

But it is thought that other leading athletes would be keen to join Santos in boycotting the event if the situation is not resolved.

"I do not need an Olympics," Barros, who is nominated for the 2017 Laureus World Sports Awards in the action sport category, added to O Globo.

"I would and I will go if CBSk takes on the role for my country and for my flag but not for my professional career or status!

"In skateboarding, I'm recognised and that's what interests me.

"This CBHP is one more demonstration of our rotten politics in Brazil - people who aim for money above all else.

"If they continue in this game, Brazil loses a big chance of four medals in the Olympics, because we have the biggest chance of gold medals both in the street and in the park."

The petition, submitted via change.org against COB President Carlos Nuzman, is accessible here.