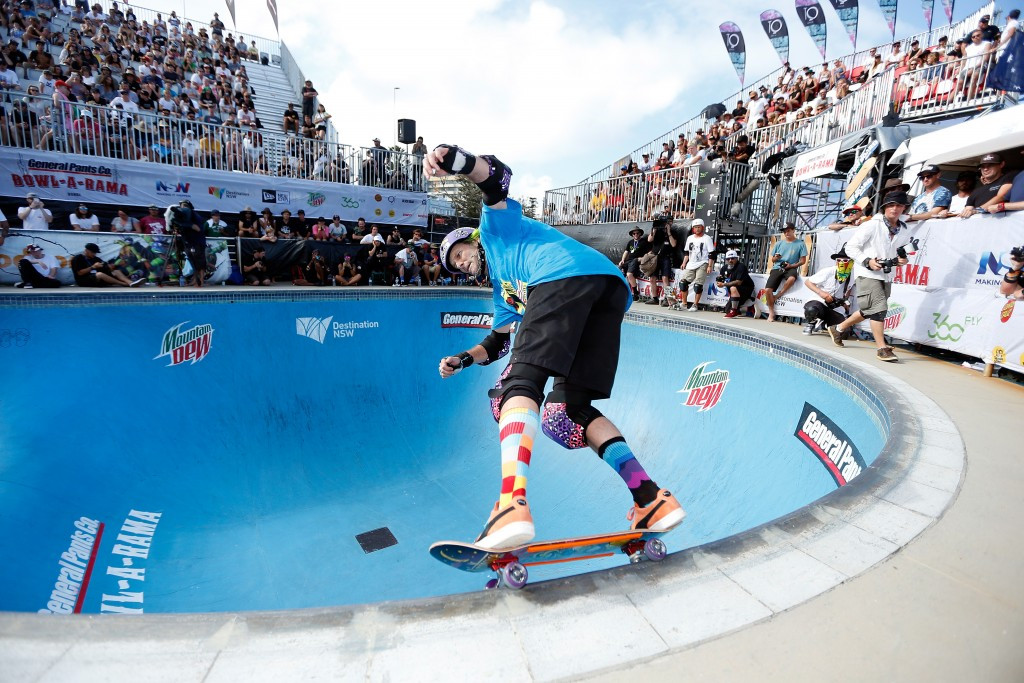 A four-person International Roller Sports Federation (FIRS) Commission chaired by Gary Ream, the American President of a rival body, has been proposed to oversee a potential skateboarding competition at the 2020 Olympic Games in Tokyo, insidethegames understands.

The idea, proposed by the International Olympic Committee (IOC), is designed with the aim of resolving the disputes between three bodies all vying to run the potential Olympic event.

A yet-to-be-appointed athlete representative is set to complete the group.

This idea was proposed as a compromise following fierce division over which of the three - FIRS, the ISF or the WSF - should assume responsibility for skateboarding at Tokyo 2020.

This culminated in a series of ad-hoc and bilateral meetings here last month ahead of the first meeting of the IOC's Programme Commission.

All three bodies were reportedly warned that they must work together or skateboarding's bid would be abandoned.

The proposal will now be discussed by the IOC Executive Board at its meeting here between June 1 and 3 ahead of final ratification at the IOC Session in Rio de Janeiro in August.

Skateboarding was one of five new disciplines recommended for inclusion at Tokyo 2020 by Japanese organisers last September, along with baseball and softball, karate, sport climbing and surfing.

Senior IOC officials are thought to be particularly keen on including skateboarding as they believe it will help the Olympics appeal to younger audiences.

Street and park events were proposed by the International Roller Sports Federation (FIRS) to Tokyo 2020, which had also unsuccessfully submitted an application for several roller skating events.

The ISF nor the WSF were each ineligible to apply, because neither are Olympic-recognised bodies.

Ream is a business and skate camp entrepreneur and McFerran is an event-organiser who orchestrates the Skateboarding World Championships in Kimberley in South Africa.

Both of their organisations are also absent from SportAccord, the umbrella organisation for the Olympic and non-Olympic Federations, with doubts remaining over other aspects of their governance and structure.

The four-man Commission is designed to mitigate this problem and to get around the problem of a non-recognised body running an Olympic sport, while also trying to ensure skateboarding's independent identity is not lost.

It will certainly raise eyebrows, however, with critics accusing the likes of Ream of being an opportunist seeking to use the Olympic platform to raise money and exposure.

It also raises other questions, such as whether Ream will sit on the Executive Committee of FIRS.

FIRS told insidethegames today that this was one solution currently being considered but that no decision will be made until the IOC Executive Board meeting.

Association of Summer Olympic International Federations (ASOIF) President Francesco Ricci Bitti said during the body's General Assembly this week how, in his opinion, it is not a good idea to have events in the Olympics without a governing body,

The IOC, ISF and WSF are all yet to respond to insidethegames' requests for a comment reacting to the latest developments.