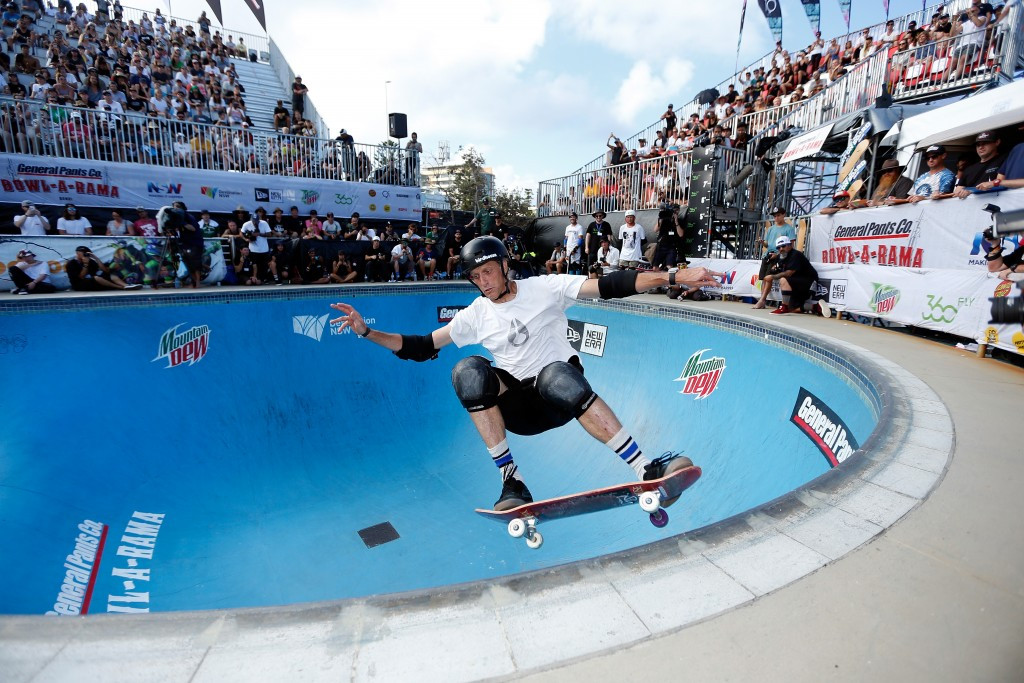 Skateboarding legend Tony Hawk believes the sport will provide a major boost to the Olympic Games should it be added to the sport programme for Tokyo 2020.

The sport was recommended for inclusion by the International Olympic Committee (IOC) Executive Board last month, with baseball and softball, karate, sport climbing, and surfing also put forward.

All five were approved in exactly the same form as they were first proposed by Japanese organisers last year.

A final decision is due to be made by the IOC membership during the Session in Rio de Janeiro in next month.

Hawk, who is widely considered as one of modern skateboarding pioneers and endorsed the best-selling video game which bears his name, is hopeful the sport will prove successful if it is confirmed for Tokyo 2020.

The 48-year-old compared its potential addition to the inclusion of snowboarding on the Winter Olympics sport programme, with the sport having been added in for Nagano 1998.

“There are more participants in skateboarding than most sports so I feel like the Olympics need our credibility and they need our excitement level in their Summer Games,” Hawk told Australia’s The Herald Sun.

“In the beginning, snowboarding was felt more chastised than embraced and eventually it became the highlight of the Winter Games.

“I feel like skateboarding is on that trajectory, but probably is going to be more embraced its very first time out.”

A total of 40 athletes will take part in men and women's street and park skateboarding events at Tokyo 2020, with the two events having put forward.

The sport has, however, been the most controversial of the five proposed by Tokyo 2020, particularly as events were submitted as part of the International Roller Sports Federation's (FIRS) application.

All three are currently represented on a special FIRS Commission chaired by ISF President Gary Ream.