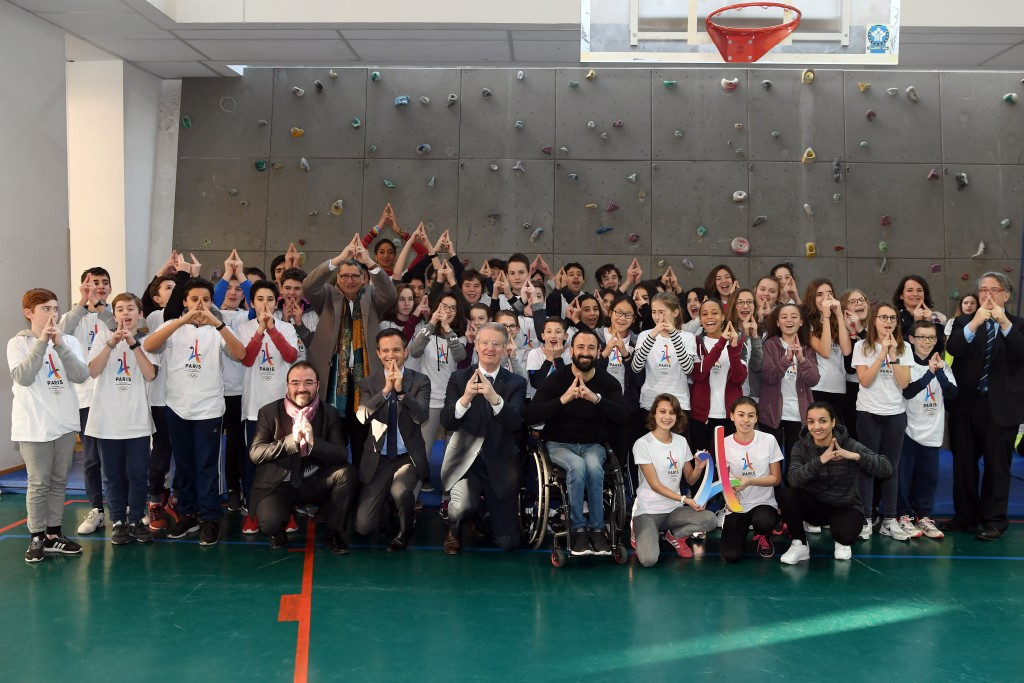 Paris 2024 have launched Olympic and Paralympic Week, a project designed to help more youngsters in France get involved in sport.

The inaugural week-long celebration of sport, education and values is part of the French capital's "Year of Olympism, From School to University" programme.

The initiative, which will take place every January, becoming a permanent fixture on school and university calendars, forms "an essential part" of Paris 2024’s ongoing education and legacy programme as they look to promote the Olympic Movement".

"This initiative perfectly illustrates the spirit that drives us," Bernard Lapasset, co-chairman of Paris 2024, said.

"We want to use the Games as a catalyst and leave a strong legacy that benefits the people of France, especially the youth.

"We are determined to deliver Games of both passion and purpose.

"Within the framework of our 'Year of Olympism, from School to University', we will help young people access sport while sharing the spirit Olympism and its values with future generations."

Schools participating in Olympic and Paralympic Week will balance their time between general education, using sport as a teaching tool in subjects such as mathematics, history, geography and english, and physical and sports activities, where children will be introduced to a range of Olympic disciplines.

The cultural dimension of sport will also be promoted, as well as the idea of shared sport, between those with impairments and able-bodied children, to change the way we look at disability.

Throughout the week and beyond, top athletes will get involved in the project around the country to share their time and experience with schools.

Boxer Sarah Ourahmoune, an Olympic silver medallist at Rio 2016, wheelchair tennis player Michaël Jérémiasz, the flag bearer of the French Paralympic team in Rio de Janeiro, and basketball players Emmeline NDongue, a silver medallist at London 2012, all took part in the launch event at the Collège Buffon in Paris.

They joined Lapasset and Pierre-Yves Bournazel, head of the Olympic and Paralympic project for the Ile-de-France region, to lead numerous sports activities with young people at the school, including boxing, basketball, table tennis and climbing blindfolded.