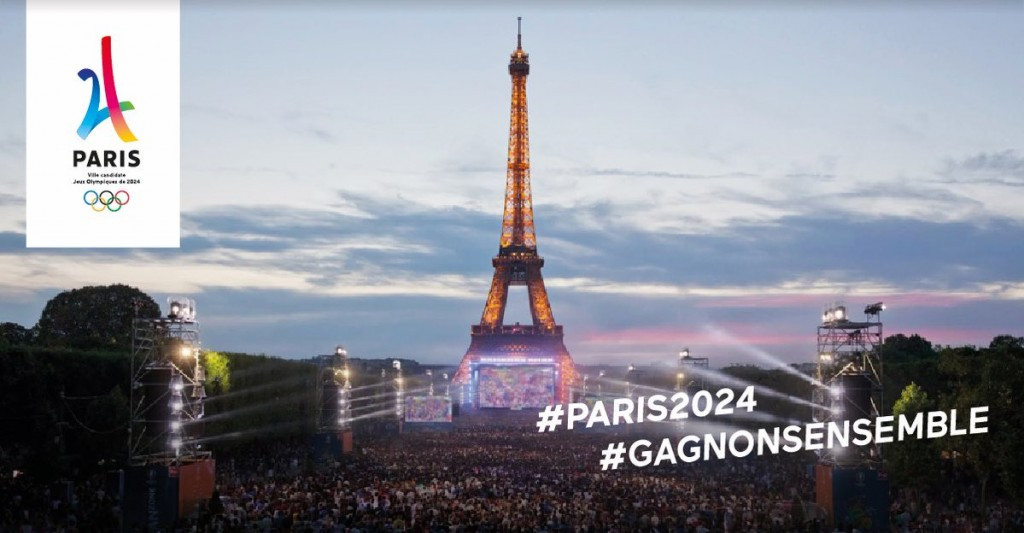 Paris 2024 have vowed to continue "expressing their sporting passion" as they bid to land the Olympic and Paralympic Games in just over eight months time.

It came in a end of year message in which the Bid Committee took the "opportunity to thank the global sporting family and to share their hope for an exciting year to come in 2017".

Co-bid leaders Bernard Lapasset and Tony Estanguet each highlighted French sporting successes at events including Euro 2016 and the Olympic and Paralympic Games in Rio de Janeiro before looking ahead to a year set to culminate with the 2024 vote on September 13 in Lima.

“It has been a great year in France for sport and we were delighted to successfully host major international sporting events like the European Football Championships where people from all over the continent came together for a spectacular celebration," said Lapasset, who stood-down as World Rugby this year in order to focus on his Paris 2024 role.

“Our bid has galvanised the people of Paris and France, which reflects our nation’s real passion for the Games and all Olympic sport.

"This passion for sport and our record for hosting major sporting events successfully and safely in stunning city locations is a great platform for our Olympic and Paralympic bid - and we now look forward to an exciting 2017 when we will continue to express this sporting passion and our other key strengths to the international sporting community.

“I also want to thank everyone working at Paris 2024 and all our valued supporters and stakeholders, as well as the millions of passionate sports fans backing our bid, for helping to build a great project together.

"Our collective hard work continues in 2017 when we hope to achieve the ultimate goal of being the honoured host of the Games in 2024.”

Paris - who are locked in a three-horse race for 2024 with Budapest and Los Angeles - will face a next test on February 3 when the third part of their Candidature File for the Games is due.

They will then present at the Association of Summer Olympic International Federations General Assembly in Aarhus in April before an International Olympic Committee (IOC) Evaluation Commission inspection visit to the French capital from May 14 to 16.

Another presentation is expected to be given at a Candidate City Briefing in Lausanne in July before the decisive IOC Session in Lima at which a decision will be made.

“It has been a wonderful year of sport and the Paris 2024 team was thrilled and honoured to experience the wonderful Rio 2016 Olympic and Paralympic Games and many other fantastic sporting events across the world," added Estanguet, the three-time Olympic canoe slalom champion and IOC Athletes' Commission vice-chair.

“Witnessing so many world-class, talented athletes compete for glory with determination always reminds us about why we are bidding for the Games and how sport can be a positive and inspiring force for humanity.

"Paris 2024 will harness this spirit and ensure that our Games of passion and purpose can be shared with the world to create real and lasting community legacies.

“On behalf of Paris 2024, I also want to thank the IOC, International Federations, National Olympic Committees and the broader Olympic Family for all their support and guidance to our bid during 2016.

"Their advice has been invaluable as our bid concepts and plans have developed during the year.”