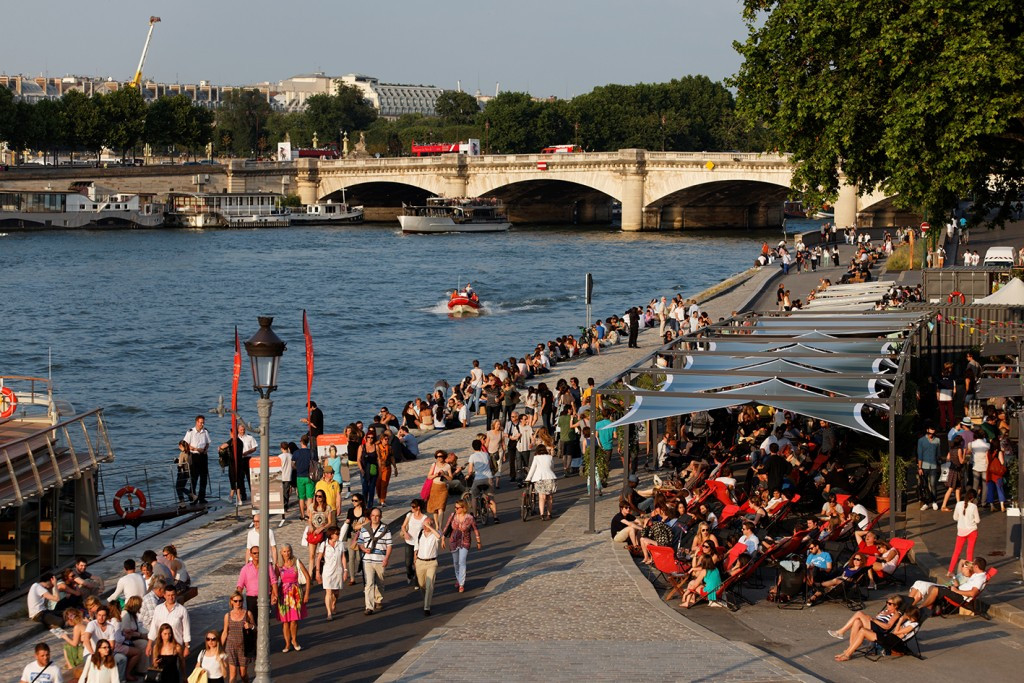 Paris 2024 has welcomed an announcement by the City of Paris identifying nine potential sites to bring public swimming back to the River Seine.

The return of swimming to the Seine in central Paris is considered an important environmental legacy project of the French capital’s bid for the 2024 Olympic and Paralympics with Paris Mayor, Anne Hidalgo, pledging in 2016 that the Seine would be clean enough to swim in by the year of the Games.

A feasibility study, commissioned by Hidalgo and undertaken by town planning group l’Atelier parisien d’urbanisme (APUR), this week revealed its findings, identifying nine areas along the Seine in Paris that could host public swimming.

Several of these border proposed Paris 2024 venues, including the Grand Palais, Les Invalides, and the Eiffel Tower.

In the coming months, the city intends to continue to work towards defining these swimming sites with approved locations to be confirmed by the end of Hidalgo’s current term in 2020.

The pledge to return public swimming to the Seine forms part of a broader approach by Hidalgo to develop environmentally-friendly projects and initiatives.

"This project to bring public bathing back to the Seine illustrates the lasting legacy we want for all Parisians, which will be reinforced by the Paris 2024 Olympic and Paralympic Games," Hidalgo said.

"I believe that sport can be a real tool to transform the city of Paris, and the Olympic and Paralympic bid is already doing this.

"We want to build on the excitement of the bid and start getting more Parisians active again.

"The Games will bring competitive swimming to the Seine once again, something that is sure to inspire the next generation in our country.

"I want to work closely with the team to prove the tremendous power sport can have in our society."

The Seine forms a central part of the Paris 2024’s compact, city-centre inspired Games concept, it is claimed, with both the Olympic and Paralympic triathlon swimming segment and the Olympic open water swimming event taking place in the Seine, along with a host of other sporting events occurring alongside it.

It is also said to highlight Paris 2024’s commitment to creating a truly sustainable Games with a strong environmental legacy that can be shared with the people of Paris and the millions of visitors to the city each year.

This summer, Paris 2024 will celebrate the river’s significance to the City of Paris and its residents and the important role it will play as part of their proposed Games plan, staging a series of special events at the 2017 Paris-Plages Festival, an annual event which takes place along the banks of the Seine.

"The opportunity to get people swimming in the Seine once more is important to our hosting plans and a key element to Mayor Anne Hidalgo’s overall goals for the city," Paris 2024 co-chair Tony Estanguet said.

"We want to deliver a Games that impacts positively on people’s lives.

"It is vital that we work with the City of Paris to ensure the future use of the River Seine and help better connect people with the local environment through sport.

"At this year’s Paris-Plages Festival, we will join with the people of Paris to celebrate the river’s impact on the city and highlight our commitment to leaving a positive and lasting legacy for this important natural resource.

"Our Games of passion and purpose will successfully integrate the Seine, one of the City’s most recognisable features, into our overall concept and we plan to share its beauty with the world."

Hidalgo unveiled plans to clean-up the Seine in May of last year.

Cleaning up the river had earlier been revealed as an aim as part of an environmentally-focused bid designed to adhere to green goals championed by the International Olympic Committee's Agenda 2020 reforms.