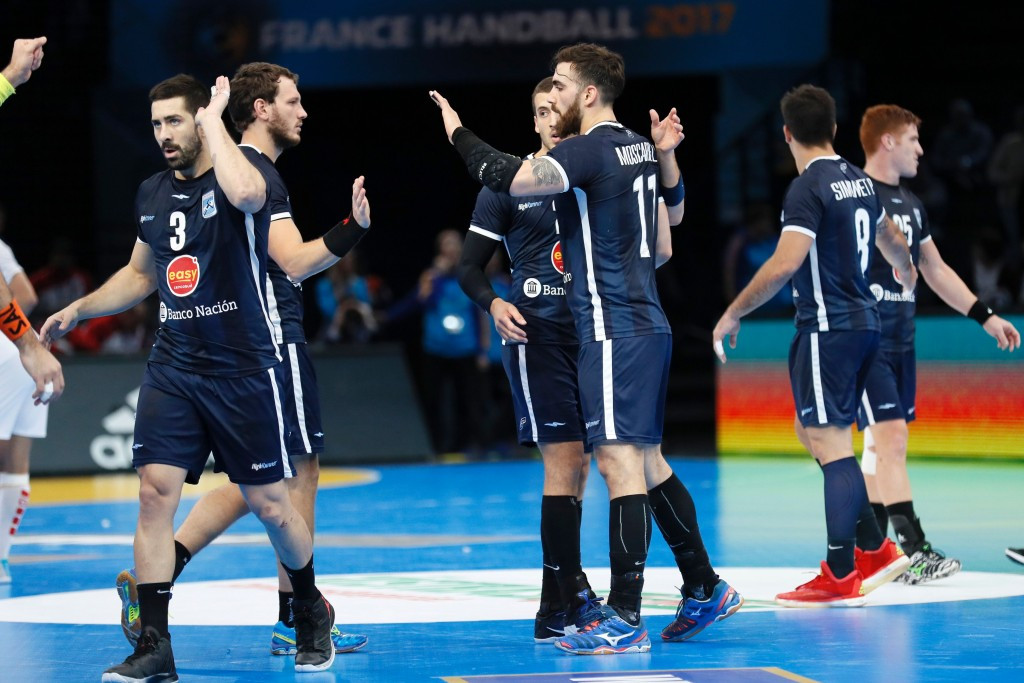 Before the business end of the tournament is due to begin tomorrow, already eliminated teams aimed to end their campaigns on a high.

Argentina and Poland clashed in the most high profile tie of the day as both teams, who narrowly missed out on making it out of their respective groups, battled for 17th place.

Poland emerged as 24-22 winners at the Brest Arena.

Tunisia were triumphant in the play-off for 19th place, as they saw off the challenge of Saudi Arabia.

The African team led 20-15 at half-time in the contest and pulled away in the second half to record a 39-30 win.

A further two matches took place earlier in the day at the Brest Arena, the contests deciding the teams who would end between 21st and 24th place.

Sebastián Ceballos and Erwin Feuchtmann both scored seven goals for Chile as they recorded a 35-29 win over Japan to finish 21st.

Bahrain ended in 23rd place, securing a 32-26 win over Angola, meaning the Africans finished last in the tournament.

The host nation will eagerly anticipate their quarter-final match tomorrow, with France due to play Sweden in the Stade Pierre-Mauroy in Lille.

Norway will be in action in the day’s first match at the La Halle de Glace Olympique in Albertville.

They will take on Hungary, shock winners over Olympic champions Denmark yesterday.

The Park&Suites Arena in Montpellier will stage the match between Spain and Croatia.