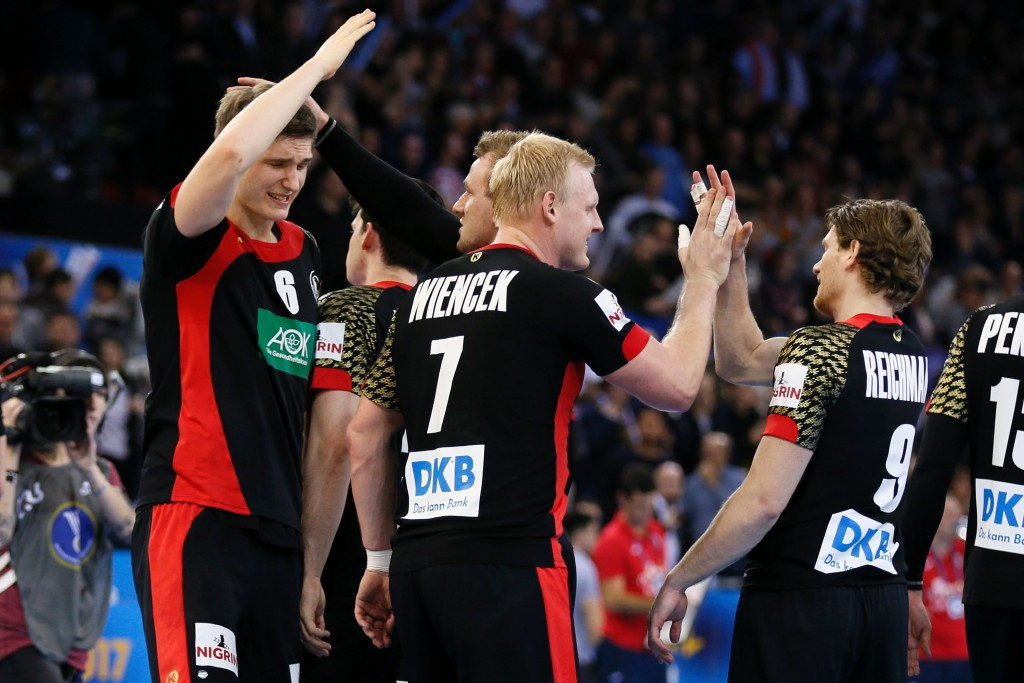 Patrick Wiencek top scored for the Germans at the Kindarena in Rouen as they triumphed 28-21 to make it five wins out of five.

Victory was Germany’s first against Croatia since 2002 and served as long overdue revenge having lost to their European counterparts in the 2003 World Championship final and the Athens 2004 Olympic gold medal match.

"I thank the German fans for such great support and the people in Rouen, who were great hosts," said Germany coach Dagur Sigurdsson.

"We have shown a strong team performance in defence and attack.

"We were competitive, we played tactically well and although in some periods we had problems, we came out stronger.

"Nothing is won so far.

"Now the tournament starts to get exciting."

Next up for Germany is a round of 16 clash on Sunday (January 22) with Qatar, who lost 32-29 to Olympic champions Denmark at the AccorHotels Arena in Paris today and finished fourth in Group D.

Croatia, meanwhile, will have to get past Egypt to reach the quarter-finals after the African nation finished third in Group D following a 33-26 loss at the hands of Sweden.

Earlier in Group C, Saudi Arabia picked up their first win of the competition thanks to a narrow 26-25 success over Chile.

That gave Belarus the opportunity to take the fourth and final qualification place from the South Americans, and they duly did by virtue of a 27-25 win over Hungary.

Today’s other match in Group D saw Argentina overcome Bahrain 26-17 to take fifth place ahead of their winless opponents.

Japan and Angola will fight for the right to contest the 21st-place play-off, while Poland and Tunisia will be bidding for a spot in the 17th-place play-off.