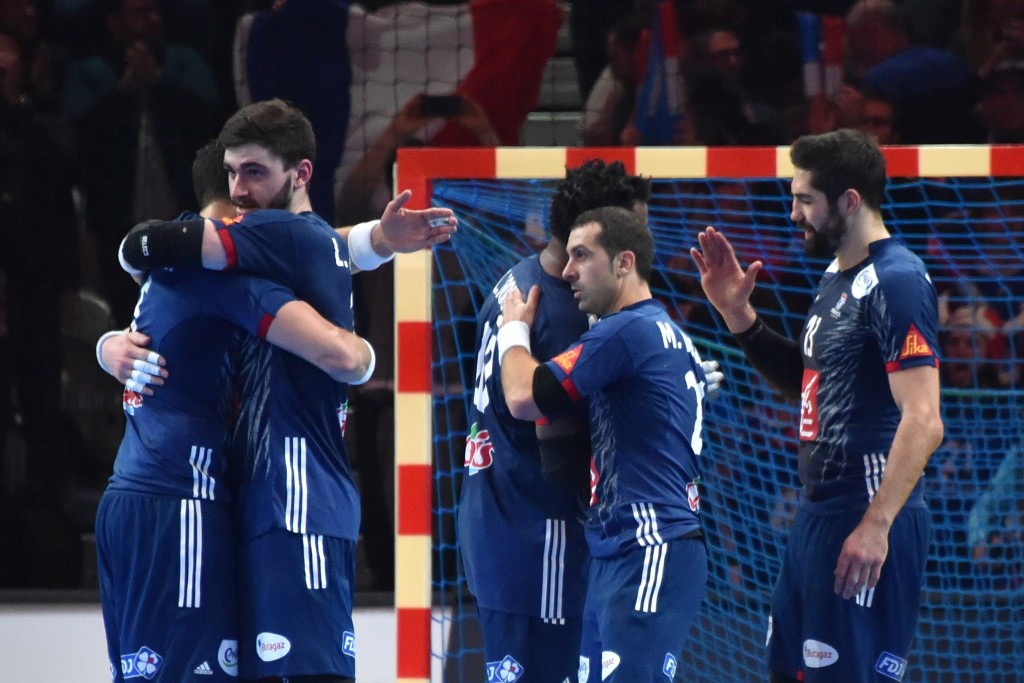 Hosts and defending champions France booked their place in the quarter-finals of the International Handball Federation (IHF) World Championships after beating Iceland at the Stade Pierre-Mauroy in Lille today.

Michael Guigou top scored with six goals for the home nation as they claimed a 31-25 victory over their European counterparts and made it six wins out of six in the competition.

Iceland were just one goal behind at half-time with the score at 14-13, but France’s quality told after the break and they pulled away to eventually win by a margin of six.

"We are happy because this was like a completely different game from the group phase as this a one-off game," France coach Didier Dinart said.

"We had trouble in the first half in defence.

"We talked at half-time about what we had to improve on and we saw the effects right from the start of the second-half and when you’ve got such a strong back-up [from the crowd] it’s easier for you to take control of the game."

France will return to the Stade Pierre-Mauroy for their last-eight tie on Tuesday (January 24), when they will go up against the winners of tomorrow’s clash between Belarus and Sweden.

A potential semi-final opponent for France is Slovenia, who reached the quarter-finals with a 32-26 win over Russia at the AccorHotels Arena in Paris.

On the other half of the draw, Spain ensured a last-eight berth after narrowly overcoming Brazil 28-27 at the Park&Suites Arena in Montpellier.

They are joined by Norway, who overcame Macedonia 34-24 at La halle de glace Olympique in Albertville.

They will meet the winners of tomorrow’s clash between Saudi Arabia and Argentina on Monday (January 23), while Tunisia will go up against the losers in the 19th-place play-off.

Japan are through to the 21st-place play-off after overcoming Angola 37-26.

The Asian nation will face the winner of tomorrow’s encounter between Chile and Bahrain on Monday, immediately following Angola’s match against the losers in a battle to avoid finishing last.