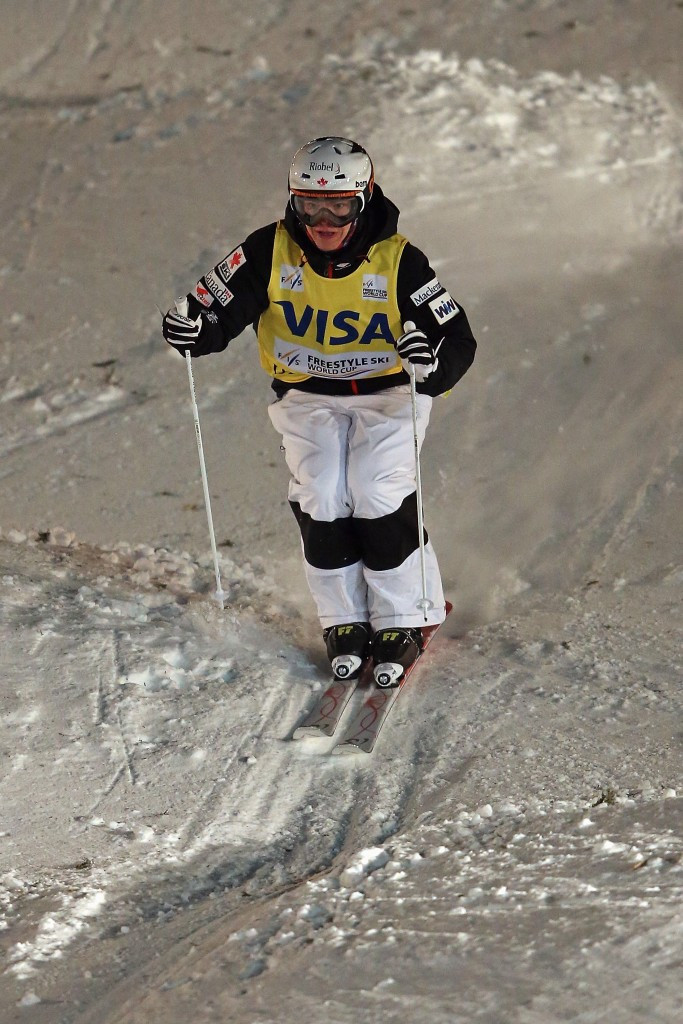 The Canadian tops the leaderboard on 494 points ahead of her sibling, who was 12th in the Russian capital and ended on a tally of 471.

"I feel like I reached the goal that I had at the beginning of the season and that was to be consistent throughout the year," said Chloe Dufour-Lapointe.

"That’s what you need to do to win the crystal globe and I am extremely proud of myself.

“I really gave it my all at every single competition this season and only missed the podium twice.

"I’m going to work even harder in the off-season to work on the little things, but I will also take the time to really appreciate this moment.”

The 24-year-old champion will now be targeting a gold medal at the Pyeongchang 2018 Winter Olympics after claiming silver at Sochi 2014.

Victory in the dual moguls event on the day when to France's 17-year-old Perrine Laffont, who defeated Canada's Andi Naude in a tightly contested big final.

Hedvig Wessel of Norway beat Ali Kariotis of the United States for bronze, with Laffont finishing third overall behind the Dufour-Lapointe sisters on 414 points.

The event in Moscow was held on a giant scaffolding structure just outside of the city centre.

Canada's Mikael Kingsbury, already confirmed as the men's overall moguls and freestyle champion, finished his season in style with another victory.

Kingsbury is the first man to win five freestyle titles in a row, and has drawn level with France's Eric Laboureix for the most overall crowns.

"It was my goal this season to win a fifth crystal globe," he said.

"It was a pretty great season and I only missed the podium once.

“I’m proud that I won more than half the World Cups this season.

"It was a shorter season for us, so I really made a point to be consistent every competition.

"I’m heading in the right direction with my skiing and I’m excited for the World Championships next year and the Olympic Games the year after that.”

Elsewhere, Canada were awarded the Nations Cup trophy with rookie of the year prizes going to 19-year-olds Jaelin Kauf of the United States and Japan's Daichi Hara.