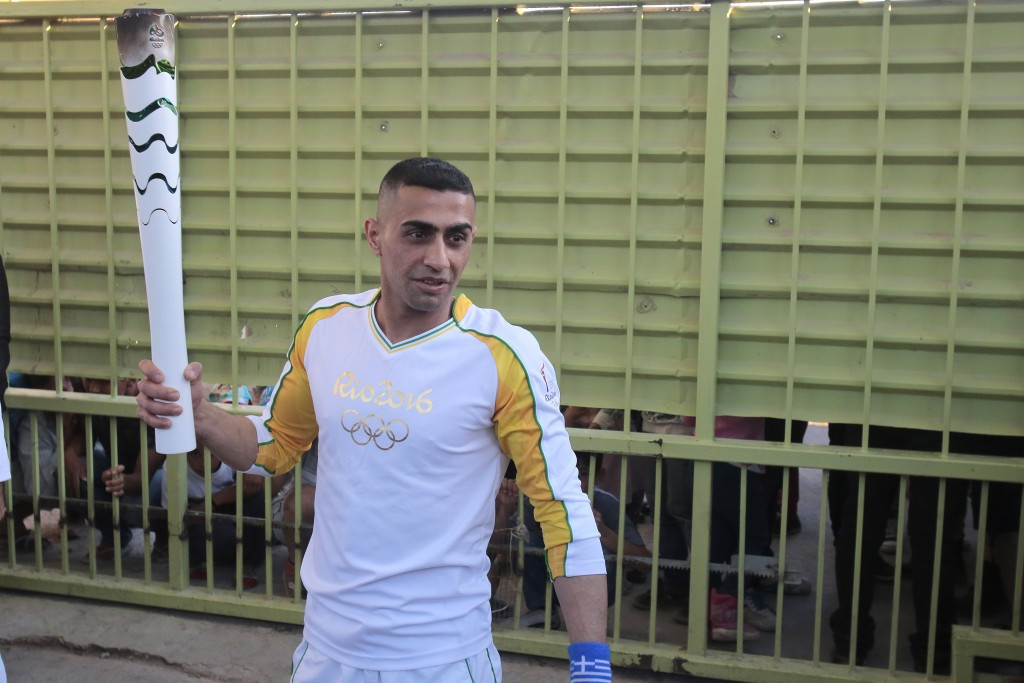 Syrian refugee Ibrahim Al-Hussein, who competed in swimming at Rio 2016 as part of the Independent Paralympic Athletes’ (IPA) Team, has received a human rights award from Spain’s General Council of the Bar.

The award, in the category of "Persons", was presented to Al-Hussein and Refugee Olympic Team member Yonas Kinde at the 2016 Annual Conference of Lawyers in Madrid.

Both were recognised as an example of overcoming war and persecution through sport.

Al-Hussein was one of two refugees to compete at the Rio 2016 Paralympics, with the Syrian having lost his leg in a rocket attack in his home city of Deir ez-Zor in 2013, before fleeing to Greece.

He rose to prominence during the Rio 2016 Olympic Torch Relay when he carried the Torch in Athens, alongside Hellenic Olympic Committee President Spyros Capralos.

It came on the back of him serving as the IPA team's flagbearer during the Opening Ceremony at the Maracanã Stadium.

Al-Hussein, who was joined on the IPA Team by Iranian discus thrower Shahrad Nasajpour, said he was very grateful for the award from Spain’s General Council of the Bar because it means he can "spread the message of refugees further".

Kinde, the Ethiopian-born but Luxembourg-based marathon runner, added that he valued the representation of refugees at Rio 2016 because it allowed him to be "a symbol for all refugees in the world".

The event in Madrid begun with a presentation of all the winners by journalist Pepa Bueno, whose words were accompanied by a video explaining the reasons why they received the prizes.

"We are here with the protagonists of such powerful images we see in the media," she said.

"The bigger the tragedy, the more important events like this are.

"It is a necessary ceremony so that someday we can say we were here telling the drama of Syria."

Nearly 300 people gathered at the Ateneo de Madrid, among which were representatives of justice and politics, such as Juan Carlos Campo Moreno, spokesman for Justice of the Spanish Socialist Workers' Party (PSOE) in the Congress of Deputies.

Also in attendance were Rafael Mozo and Alvaro Cuesta, members of the General Council of the Judiciary (CGPJ), and Supreme Court judges Jose Manuel Bandres and Antonio del Moral.

Among the other winners was the former President of the General Council of Lawyers, Carlos Carnicer, who won a special prize for his work in defending the rights of refugees and human rights throughout his life.

Women's Link Worldwide, whose main objective is to protect the rights of migrant and refugee women and combat trafficking, took the award in the "Institutions" category.