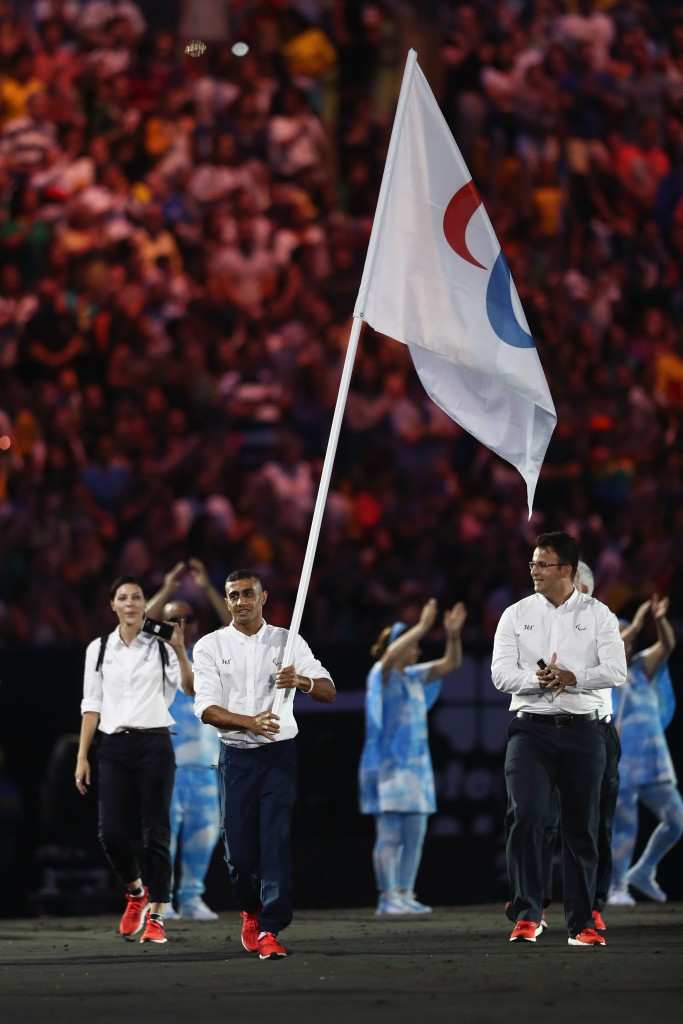 Independent Paralympic Athletes (IPA) team member Ibrahim Al-Hussein has been named among the six nominees shortlisted for the Whang Youn Dai Achievement Award, which is given to the athletes who best exemplify the spirit of the Paralympic Games and the Paralympic values.

The Syrian swimmer has competed here at the Rio 2016 Paralympic Games in the men's 100 metres freestyle and men's 50m freestyle events having served as the IPA team's flagbearer during last week's Opening Ceremony at the Maracanã Stadium.

In 2012, Al-Hussein was trying to help a friend who had been injured during a bombing attack in Syria, when he was hit by the blast of another bomb.

He had to have his right leg amputated below the knee as a consequence of the blast.

Al-Hussein is in contention for the men's award along with Peruvian sprinter Jose Luis Casas and Iraqi wheelchair fencer Ammar Hadi Ali.

Casas stood on a landmine in 2012 while taking part in a Peruvian Army operation to rescue victims of a kidnapping.

After undergoing 15 operations in both Peru and the United States, his left leg had to be amputated in September 2014.

Ali, meanwhile, suffers from cerebral palsy and is competing for gold in the men's individual épée category B competition today, with Belarus' Andrei Pranevich his opponent in the final.

Paralympic superstar Tatyana McFadden is one of three finalists in the women's category with the American joined by Brazilian sprinter Veronica Silva Hipolito and Kazakh swimmer Zulfiya Gabidullina.

McFadden won her fourth Paralympic gold medal on Sunday (September 11) with victory in the women's 400m T54 final and is aiming to add a further five titles to her tally between now and the end of the Games.

Each winner will receive pure gold medals weighing 75 grams with the winners due to be announced this coming Thursday (September 15).

The International Paralympic Committee received 21 nominations for the award.

Four years ago at London 2012, Ireland's Michael McKillop was given the men's award ahead of the now shamed Oscar Pistorius, whose claim earlier in the Games that he had been beaten by a rival because he cheated made him a controversial choice.

The women's winner was Kenya's Mary Nakhumicha Zakayo, who competed in the F57 javelin and shot put at London 2012.