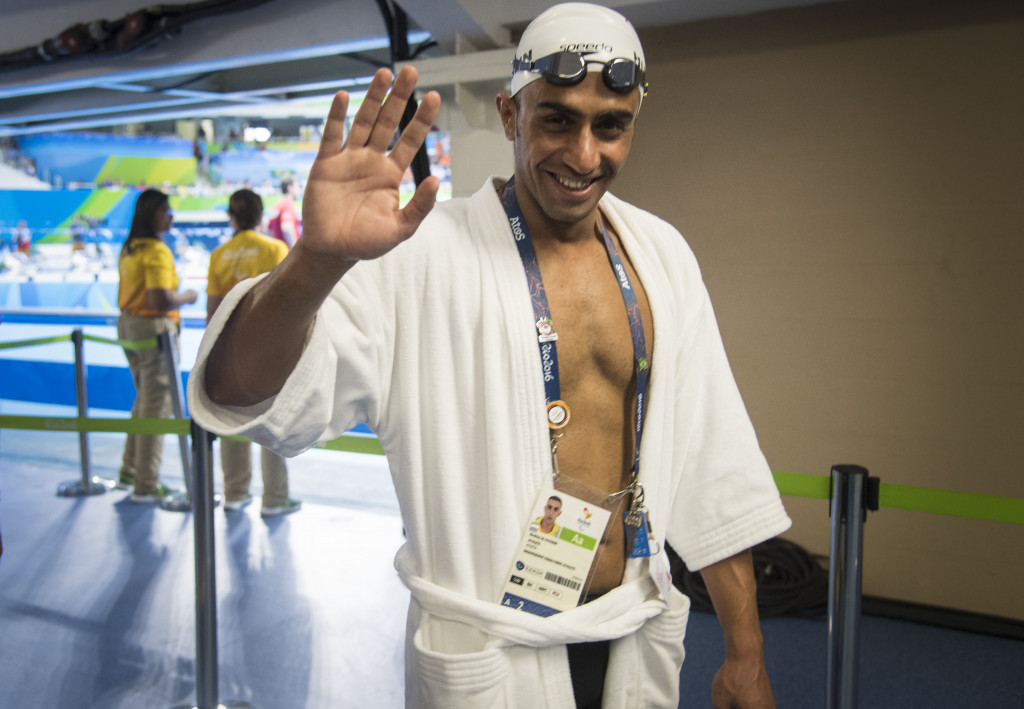 The winners were chosen today by an independent panel of judges comprising of International Paralympic Committee (IPC) Governing Board members.

Each will receive a pure gold medal, weighing 75 grams, at the Closing Ceremony of the Rio 2016 Paralympic Games on Sunday (September 18).

Born and raised in the Syrian city of Deir ez-Zor, Al-Hussein began swimming at the age of five.

In 2012, he was trying to help a friend who had been injured during a bombing attack in Syria, when he was hit by the blast of another bomb.

Al-Hussein had to have his right leg amputated below the knee as a consequence of the blast.

Proper medical treatment was not available, however, and he went without painkillers for up to two months.

Al-Hussein eventually fled to Turkey and then to Greece, where he was able to start his rehabilitation after crossing the Aegean Sea on a rubber boat.

His friends there encouraged and supported him to pursue sports and to participate in the Paralympic Games.

He has competed here in Rio in both the men's 100 metres freestyle and men's 50m freestyle events having served as the IPA team's flagbearer during last week's Opening Ceremony at the Maracanã Stadium.

McFadden was born in Russian city St. Petersburg, where she was abandoned at an orphanage.

At birth, she was diagnosed with spina bifida, which left her paralysed from the waist down.

She eventually moved to the United States at the age of six when Deborah McFadden, who was the commissioner for the US Department of Health and Human Services at that time, adopted her.

Eight years later she claimed her first three gold medals at London, and then went on to win every event from the women's 100m to the women's 5,000m at the 2013 IPC Athletics World Championships.

Additionally, she is the first-ever athlete to win the New York, Chicago, Boston, and London Marathons, and has done so for three consecutive years.

The Whang Youn Dai Achievement Award started at the Seoul 1988 Paralympics and has been presented at every edition of the Games since.

The mission of the accolade is to enhance the will of people with impairments to overcome their adversities through the pursuit of excellence in sports and through the Paralympic Games.