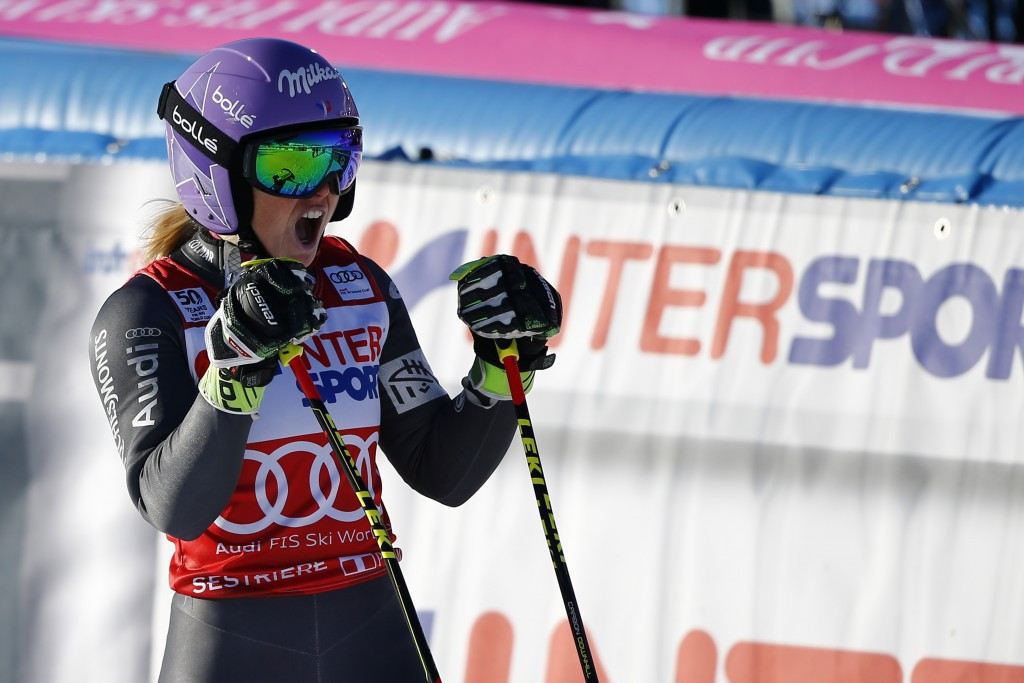 France’s Tessa Worley has extended her lead at the top of the International Ski Federation (FIS) Alpine Skiing World Cup women’s giant slalom standings after claiming a second successive win in the discipline with victory in Italian village Sestriere.

The 27-year-old clocked a time of 2 min 17.37sec to secure the 10th giant slalom win of her career and equal the French women’s record held by Carole Merle.

"It feels really awesome," said Worley, who has a 55-point advantage over nearest challenger Goggia in the women’s giant slalom standings.

"It’s great to be able to ski just like you're used to doing in training and just have to think about pushing really hard in the races.

"That was clearly the only thing that I needed to think about today because all the girls were fighting very hard.

The second run proved challenging though for the top two with Weirather slipping back to fourth and Shiffrin dropping to sixth.

Worley, meanwhile, produced the best performance second time around, sealing victory with a time of 1:08.82.

Shiffrin’s lead at the top of the overall standings has been reduced to eight points by Gut, who has a running total of 390.

Worley said she was inspired to victory today by compatriot Alexis Pinturault, who she watched triumph in the men’s giant slalom in Val-d'Isère on television before her second run.

Pinturault was 0.65 seconds ahead after the first run and held on in the second to claim his first giant slalom win on "La Face" in 2:02.62.

Victory sees him become the most successful Frenchman in World Cup giant slalom races, with his eighth triumph taking him clear of Jean-Claude Killy.

It also continued France’s impressive streak in the men’s giant slalom, with eight of the last nine winners coming from the European nation.

Austria’s Marcel Hirscher, the five-time defending World Cup champion, had to settle for a third successive runners-up spot in the discipline after finishing 0.33 seconds off the pace.

Norway’s Henrik Kristoffersen was a further 1.17 seconds back, ensuring his first podium place of the season.

Pinturault now has a 20-point lead over Hirscher at the top of the discipline standings, but is 76 behind the Austrian in second place overall.

Slalom races are scheduled for tomorrow in Sestriere and Val-d'Isère.