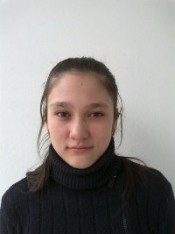 Powerlifter Ruza Kuzieva has failed a doping test for meldonium, the International Paralympic Committee (IPC) has announced, but she will escape a ban due to the question marks over the substance.

A trace amount of the heart attack drug was found after a urine test the Uzbek athlete carried out on February 16 this year, following the IPC Powerlifting World Cup in Dubai.

This was the second anti-doping violation of the 22-year-old's career and comes after meldonium was added to the World Anti-Doping Agency's banned list on January 1 this year.

However, the IPC have reached a verdict of "no fault or negligence" due to WADA's reissuing of advice on the substance, and she will therefore not serve a suspension.

They stated that athletes who provided a urine sample which returned a positive test for the substance between January 1 and February 29 can be given a "no fault" verdict if their sample contained less than five micrograms of meldonium.

This marked an increase from the previous set of guidelines, which stated if below one microgram of meldonium was detected and the failed test came before March 1, a negligence or no fault verdict could be reached.

It remains unclear how long meldonium remains in the human body with many athletes who failed tests claiming that they stopped taking it before the January 1 deadline.

Kuzieva was banned for two years in June 2013 after a failed test for methandienone, a type of steroid.

She won the bronze medal in the women's 50 kilogram category in Dubai before her meldonium failure, but her result in the United Arab Emirates city has now been declared void.

Indonesia’s Rani Puji Astuti has been upgraded to bronze.

Meldonium, developed in Latvia, is said to boost endurance.