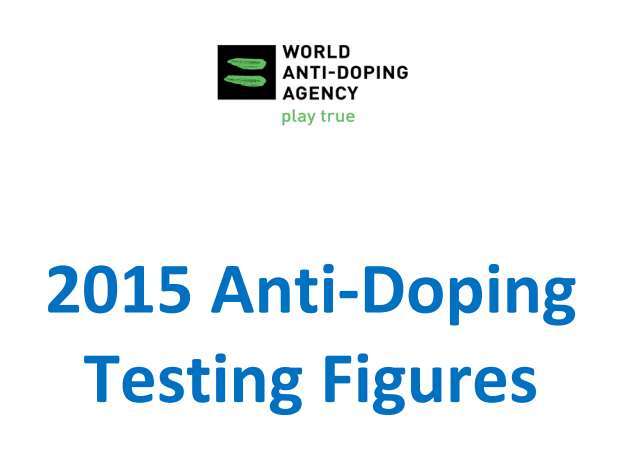 More drug tests were conducted in athletics, cycling and football in 2015 than in nearly all other Summer Olympic sports combined, a World Anti-Doping Agency (WADA) report has indicated.

A total of 32,362 football samples were analysed across WADA-approved laboratories.

All other sports on the Rio 2016 programme had registered less than 5,400 samples.

Equestrian and golf are lowest with just 419 and 417 respectively.

The report only records AAF's where banned substances were found, rather than confirmed Anti-Doping Rule Violations (ADRV), and so not all of the cases recorded will have necessarily resulted in sanctions.

Of all the summer sports, weightlifting had the highest percentage of tests resulting in ADRV's, at 2.7, closely followed by golf with 2.4.

In comparison, bodybuilding - which has just been added to the Pan American Games programme for Lima 2019 - produced 266 or 15 per cent ADRVs out of 1,787 tests conducted.

Samples directly tested by International Federations are also mentioned in the report.

Sports added onto the Summer Olympic programme for Tokyo 2020 were also included.

No AAF have been recorded in modern pentathlon, luge or sport climbing.

In a press release accompanying the release of the report, WADA welcomed the slight increase in total testing figures from their 2014 figure.

Fifty per cent of these were for anabolic steroids.

WADA's 2015 Testing Figures Report marks the first set of global testing data since the 2015 World Anti-Doping Code came into effect at the start of last year.

“Alongside areas of activities such as education, investigations and information sharing, testing is a critical tool in anti-doping organisations’ (ADOs) commitment to working towards fair competition and clean sport,” said WADA President Sir Craig Reedie.

* Skateboarding is recorded as a discipline of the International Roller Sports Federation. However, WADA have confirmed to insidethegames that there were no tests reported in 2015 under this discipline.

The full report can be found here

TOP STORY: GAISF to be dissolved after vote at Extroardinary General Assembly