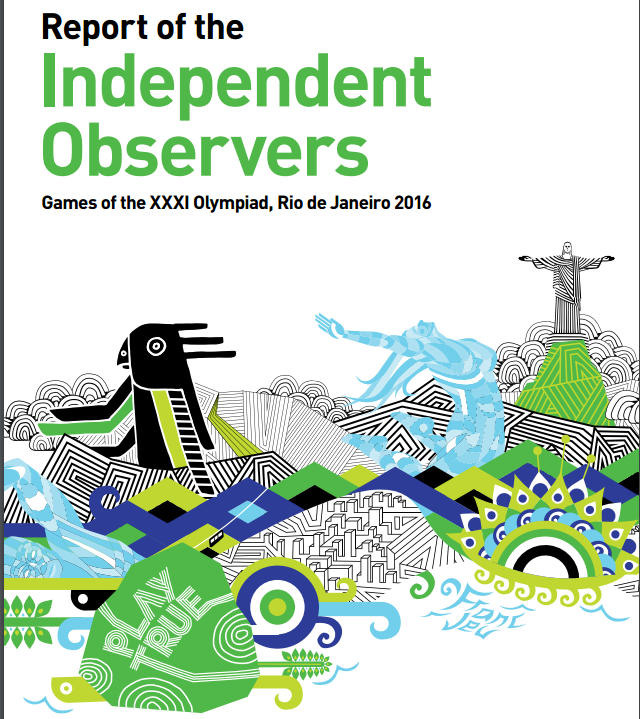 More than 4,000 athletes were not drugs tested in 2016 before competing at the Olympic Games in Rio de Janeiro, the World Anti-Doping Agency (WADA) Independent Observers report has revealed.

The 55-page report outlined that a full 2016 test history on athletes on the International Olympic Committee’s entry list the week prior to the opening of the Athletes' Village had been conducted by a Pre-Games Intelligence Taskforce.

The Taskforce also highlighted that 1,913 of those athletes had come from the 10 sports deemed to be at the highest risk.

It was claimed by the Taskforce, which consisted of the National Anti-Doping Organisations (NADOs) of the United States, United Kingdom, Denmark, Japan, Australia and South Africa, claimed it highlighted the "(in)adequacy of test distribution planning by IFs and NADOs in these sports".

The full test history and 38 pages of specific athlete intelligence and recommendations was claimed to have been handed to the IOC and Rio 2016 prior to the Olympics.

Pre-Rio 2016 testing plans were also obtained by the Taskforce from International Federations and NADOS to review potential gaps, with a pool of 1,333 viewed to require attention due to the “apparent lack of adequate testing or an absence of information on planned tests.”

After the Taskforce recommending action on those athletes, it was claimed that 39.6 per cent were accepted and carried out by the International Federation or NADO, while 22.6 per cent in part achieved.

A total of 15 positive tests from six sports and 12 nations were recorded after recommended tests were carried out.

"Eight of the AAFs were for anabolic steroids and two were for GHRPs (growth hormone-releasing peptide), potentially indicating that the athletes in question had not expected to be tested and thought they could dope right up to the Games with impunity,” the report claimed.

It was further stated that of the recommendations "33 per cent were not accepted or no response at all was received from the relevant IF/NADO”, while the remaining 4.8 per cent did not compete at the Games.

After conducting 162 Out-of-Competition tests on the 33 per cent, funded by the IOC, resulting in five positive tests, three for clenbuterol, and two for growth hormone-releasing peptides.

The report recommended WADA should note "those IFs and NADOs that did not respond to the Pre-Games Intelligence Taskforce requests and recommendations" as part of their monitoring role.

It was also claimed International Federations and NADOs should undertake the "gap analysis and testing" in the 12 months leading into the event in the future, while that the IOC should consider how best to implement a similar program for future Olympics.

The figures, which included only 4,795 of the 11,303 athletes entered at the Olympics were providing whereabouts information as of August 8, will come as a major concern in the fight against doping.

As well as the pre-Games testing, the logistical arrangements made by Rio 2016 to support the samples collection process during the Olympics.

Testing within specific sports is also highlighted as a concern in the 55-page report.

There was no out-of-competition testing was conducted in football, while there was "little or no" in-competition blood testing in many high risk sports and disciplines, including weightlifting.

A number of "serious failings" were highlighted in relation to the work of Rio 2016, "some of which" were within their control.