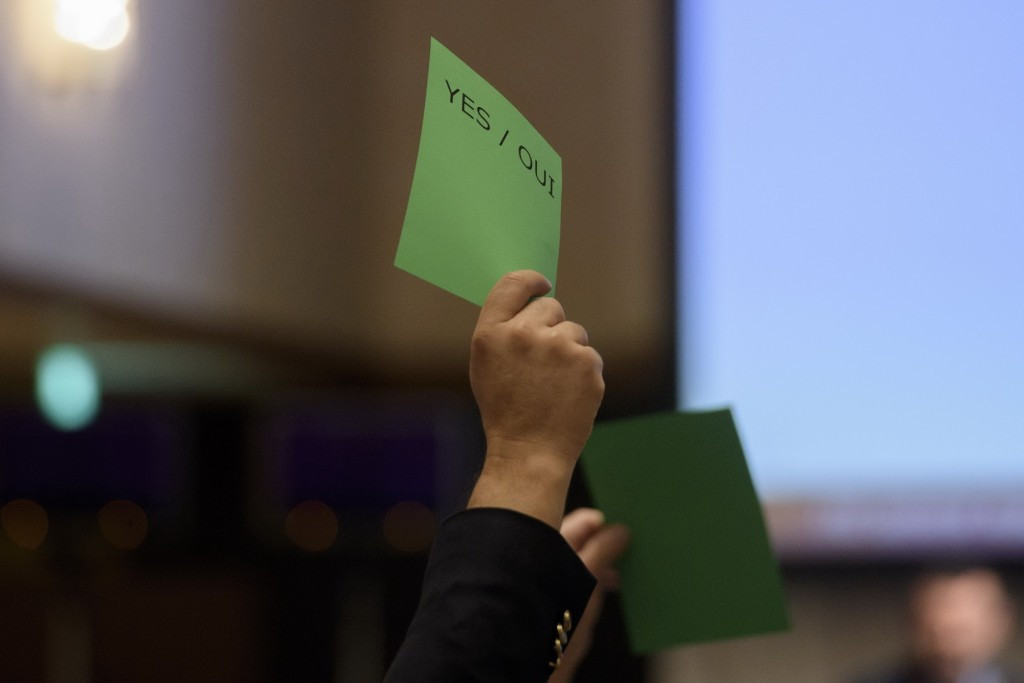 Team sizes for jumping, dressage and eventing have been capped at three for the 2020 Olympics in Tokyo following a key vote at the International Equestrian Federation (FEI) General Assembly in the Japanese capital.

Up until now teams have consisted of four horse and rider combinations, with a drop score format allowing a team’s worst score to be discarded.

The drop score has now been removed, the FEI has confirmed.

Potential use of a reserve combination for teams will remain in place, with the FEI claiming this will have more importance and be key to ensuring horse welfare.

The changes - designed to increase the number of competing countries - will now go to the International Olympic Committee (IOC) Executive Board for final approval.

"This was a really important vote for the future of our sport if we are to increase universality in accordance with the recommendations of Olympic Agenda 2020," said FEI President Ingmar De Vos.

"We need to increase the number of participating nations at the Olympic Games but within our existing quota of 200.

"Reducing team members to three per nation was probably the only way to boost the number of flags.

"Of course this now has to be approved by the IOC, but it opens the door to countries that previously could only see the Olympics as a distant dream.

"There were some National Federations that didn’t agree with the proposal, but that’s all part of the democratic process.

"Now we need to work together to make this a success."

German National Federation secretary general Soenke Lauterbach confirmed prior to the Assembly that the sport's powerhouse would vote against the proposal, with a further 10 nations joining them.

A total of 107 National Federations were represented at the General Assembly, with unanimous support given for sport-specific changes to jumping, dressage and eventing disciplines.

Showjumping will now feature 20 teams, resulting in 60 horse and rider combinations, while there will be a further 15 slots for nations who did not qualify a team.

The individual event will take place before the team competition, while penalties for elimination or failing to meet the cut-off point are still yet to be finalised.

One individual per nation who is not represented by a qualified team will be able to compete in dressage, while team medals will be decided on the Grand Prix special results, meaning the Grand Prix will no longer be included.

The top eight teams from the Grand Prix will qualify for the special round, while a heat system will qualify 18 individuals.

The top two from six heats will advance, as well as the next six best overall results.

In eventing, if a reserve combination is substituted in the team will incur a penalty, while two individuals will be allowed for nations who have failed to qualify a team.

The schedule will remain unchanged with dressage, cross-country and show jumping taking place in that order, although dressage will be reduced to one day.

Dressage and showjumping will have the technical level of four, while cross-country difficulty will be ranked at three.

A vote on Paralympic formats saw only Britain vote against amendments, which will see three combinations declared for the team dressage event after the individual test, where four can compete.

Team medals will be determined solely through the team test, rather than as a combination of team and individual scores.