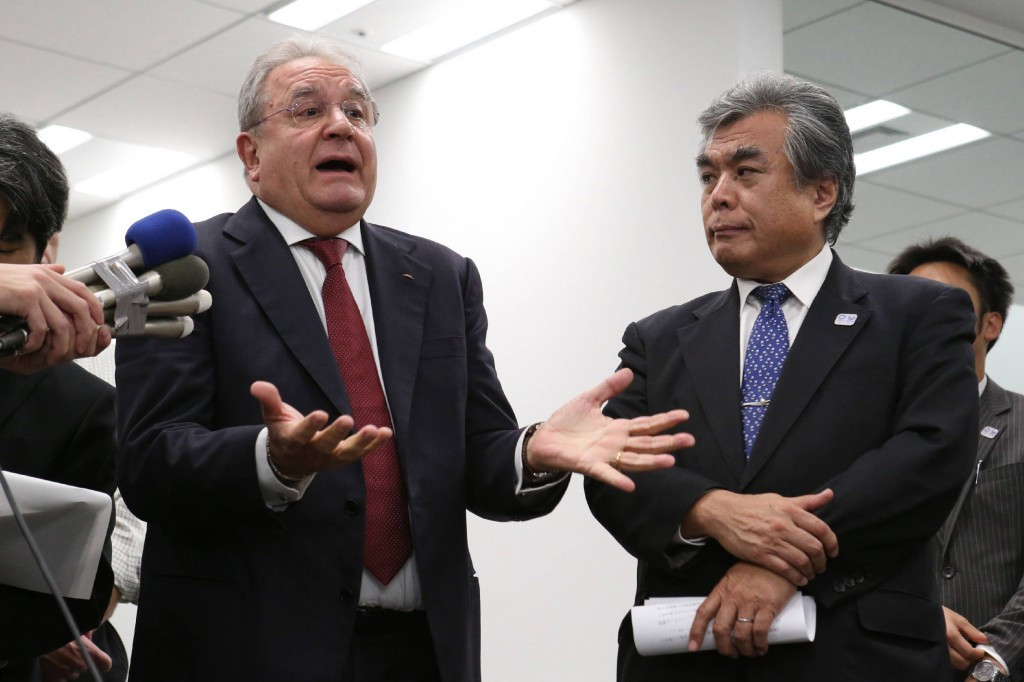 World Baseball Softball Confederation (WBSC) President Riccardo Fraccari has completed an inspection of facilities in the Fukushima Prefecture as the location remains touted to host matches at Tokyo 2020.

Organisers in the Japanese capital gave the green light to baseball and softball contests being held in Fukushima, which was struck by one of the worst natural disasters to ever hit Japan back in 2011, earlier this month.

A devastating earthquake and tsunami caused a nuclear accident at the Fukushima Daiichi Nuclear Power Plant and around 16,000 people lost their lives in the tragedy.

The area is still affected by the disaster today, with reports earlier this year claiming contaminated water continues to leak from the plant.

Fears over a similar incident were raised this morning when a 7.4 magnitude earthquake struck near Fukushima, prompting tsunami warnings that waves of more than three metres could strike the coast.

The warnings were eventually lifted, with much smaller waves ultimately reaching the shore.

In advance of the earthquake, Fraccari had finished inspecting the Azuma Stadium in Fukushima and the nearby Kaiseizan Stadium.

It has also been claimed that Iwaki, one of the cities most affected by the 2011 disaster, could also be under consideration with the Green Stadium tipped as a potential host.

"The problem for Fukushima is not just the Stadium.

"We have to check about the transportation, the facility for the teams and the schedule.

"Yesterday, it was a good meeting with Tokyo 2020.

"We work very close with them, we cooperate a lot because both of us have the best interests in the Games in 2020."

Fraccari has previously claimed he was not concerned over hosting matches in the region, with data claiming "the situation is not dangerous".

The WBSC held an Under-15 Baseball World Cup in Fukushima in July and August.

Fukushima Governor Masao Uchibori has reportedly encouraged the WBSC to approve the region hosting matches, having joined him on the venue tours.

The issue is likely to be discussed by the International Olympic Committee Executive Board during its meeting due to take place in Lausanne from December 6 until 8.