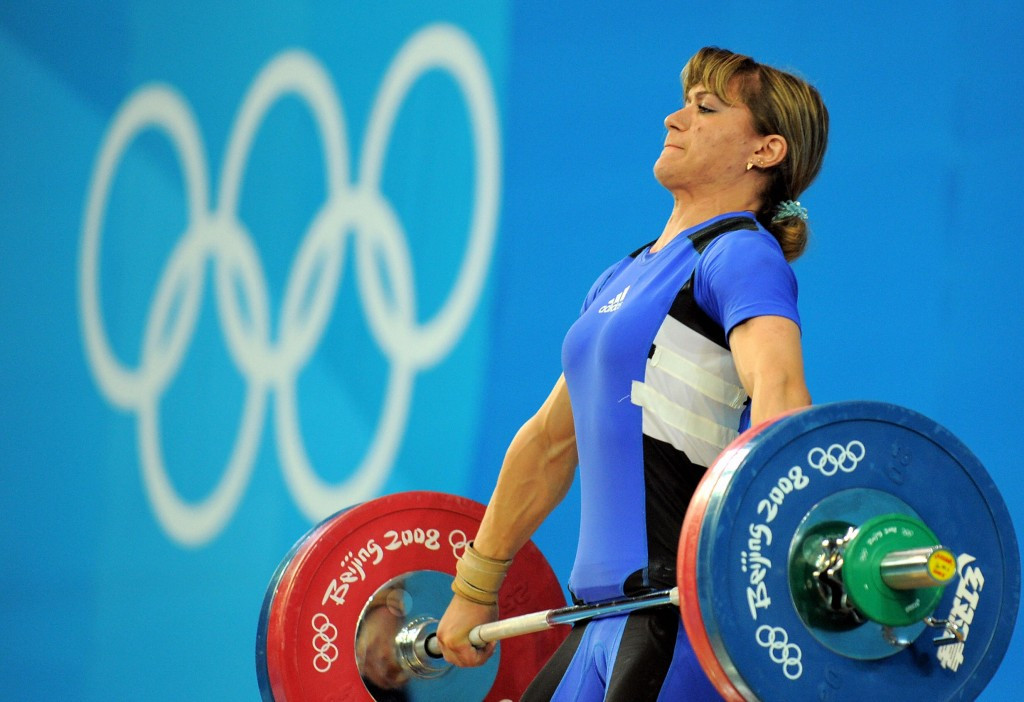 Another 16 athletes have been sanctioned by the International Olympic Committee (IOC) today, following positive retests from the 2008 Olympic Games in Beijing.

The latest batch of sanctioned athletes includes three silver and nine bronze medallists from the Games.

Five athletes from Kazakhstan have been sanctioned, along with four Russians, three Ukrainians, two Azeris and one competitor from Belarus and Greece respectively.

Of those sanctioned, nine are weightlifters, four come from athletics and three from wrestling.

A total of 47 athletes have now been officially sanctioned by the IOC following the recent retests from Beijing 2008.

Irina Nekrassova is one of the three athletes to be requested to return a silver medal she claimed at Beijing 2008, with the Kazakh under 63 kilogram weightlifter having tested positive for the banned substance stanozolol.

Her failure means a medal has now been stripped from at least one athlete in each of the women's seven weightlifting events at Beijing 2008, with the two heaviest categories seeing a pair of medals removed.

Azerbaijan’s Vitaliy Rahimov and Russia’s Khasan Baroev both tested positive for dehydrochlormethyltestosterone and the pair are set to lose their under 60kg and 120kg Greco-Roman wrestling silver medals.

Two Russian weightlifters are to be stripped of bronze medals after testing positive for the same substance.

Khadzhimurat Akkaev and Dmitry Lapikov had finished as the runners-up in the men’s 94kg and 105kg events at the Games.

She had already been stripped of the Olympic bronze medal she won at Beijing 2008 having tested positive for stanozolol following a retest from the 2007 International Association of Athletics Federations World Championships in Osaka.

Her subsequent results for the next four years were annulled.

Ukrainian pole vaulter Denys Yurchenko tested positive for dehydrochlormethyltestosterone and will also be stripped of his bronze medal.

Several competitors who did not win medals are also among those sanctioned.

Weightlifters Maya Maneza and Vladimir Sedov from Kazakhstan are among the non-medallists to be disqualified, with the pair testing positive for stanozolol.

Maneza, who pulled out of Beijing 2008 ahead of her event, has already been stripped of an Olympic gold medal from London 2012.

They are joined by Belarus’ Iryna Kulesha, fourth in the women’s 75kg event, and Azerbaijan’s fifth place finisher in the men’s 94kg competition, Nizami Pashayev.

Both tested positive for dehydrochlormethyltestosterone, with Pashayev also being caught for oxandrolone and stanozolol.

The positive tests come as the International Olympic Committee (IOC) continue to re-analyse frozen samples from both Beijing 2008 and London 2012 using new techniques not available at the time.