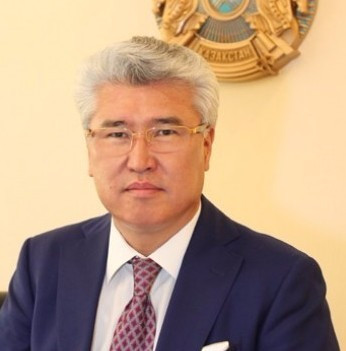 Kazakhstan athletes to have failed retests at the Beijing 2008 and London 2012 Olympic Games are yet to return their medals to the International Olympic Committee (IOC) as requested, it has been reported.

According to the country's Minister of Culture and Sports Arystanbek Mukhamediuly, a final decision on whether disqualified athletes should return their medals has not yet been made

He claims there are "international norms" which justify them refusing to do so.

It is thought that Beijing 2008 silver medal winning wrestler Taimuraz Tigiyev and London 2012 gold medal winning weightlifter Svetlana Podobedova are among those to have refused to return medals.

"We will study the international experience," Mukhamediuly told Kazinform.

"There are international norms that allow athletes not to return their medals.

"The IOC made its decision and we need to look into this issue thoroughly."

He claimed the Ministry had not yet received an official letter from the IOC, although it is likely that individual athletes have.

"As for the IOC's statement, we are looking into the problem together with the National Olympic Committee," he added.

"It is a question of law.

"We have been studying international law thoroughly.

"This is the first time Kazakhstan faces such situation - it's not that simple."

Two other weightlifters in Svetlana Podobedova and Ilya Ilyin have failed for banned anabolic steroids, with Ilyin having registered adverse analytical findings in both Beijing and London.

He has not yet been formally stripped of his medals by the IOC.

This follows reports that Cuban hammer thrower Yarelys Barrios has been unable to return a medal won in Beijing because she had sold it on eBay.

It has not been formally confirmed that this medal belonged to Savigne.

"The athlete has been asked to return the silver medal, the diploma, and the medallist pin obtained in the discus throw event," an IOC spokesperson told insidethegames in relation to Barrios.

"We will not speculate on the next steps at this point."