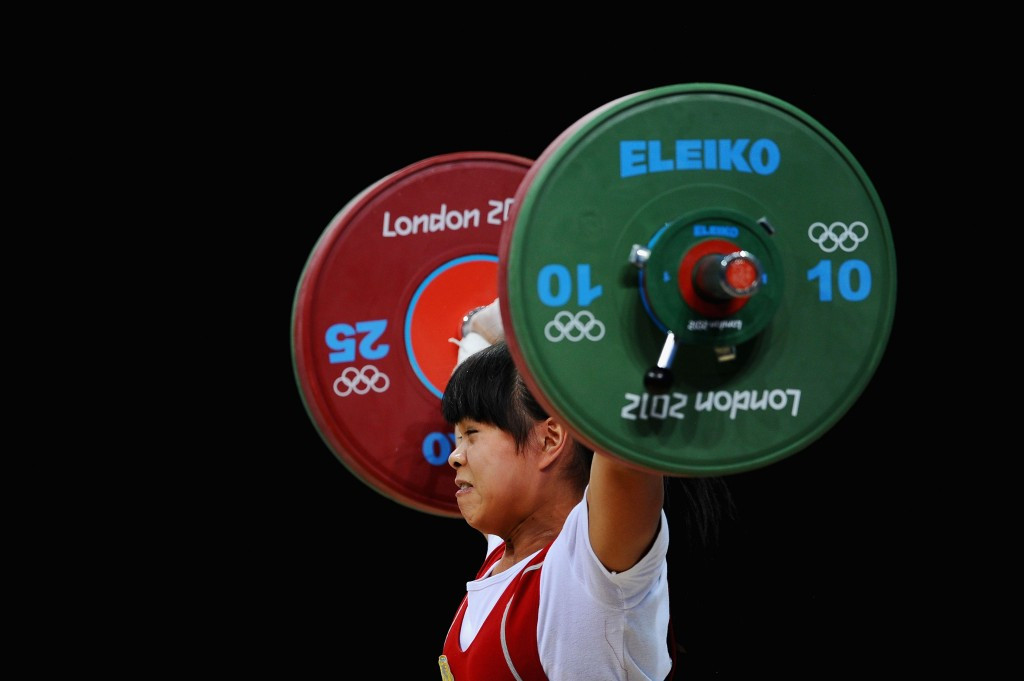 Three Kazakhstan weightlifters have been stripped of their gold medals from the London 2012 Olympics after being among the latest eight athletes to be retrospectively disqualified from the Games.

A disciplinary case against Russia’s Besik Kudukhov, however, has been dropped after the wrestler’s death in 2013 in a car accident.

This comes as the International Olympic Committee (IOC) continue to re-analyse frozen samples from both the Beijing 2008 and London 2012 Games using new techniques which were not available at the time.

Maiya Maneza and Svetlana Podobedova have been stripped of their gold medals from the women’s 63 and 75 kilogram weightlifting events in London, having both been found to have tested positive for steroid stanozolol.

Zulfiya Chinshanlo will forfeit her gold medal in the women’s 53kg competition having also tested positive for stanozolol, as well as the banned substance oxandrolone.

Belarus’ Marina Shkermankova will lose her bronze medal from the women’s 69kg weightlifting competition, having been found to have tested positive for dehydrochlormethyltestosterone and stanozolol.

Her medal would have passed to team-mate Dzina Sazanavets, but the fourth placed finisher from London 2012 has also been disqualified.

The medal looks set to pass to Anna Nurmukhambetova of Kazakhstan.

Men’s over 105kg weightlifter Yauheni Zharnasek, also from Belarus, was disqualified after dehydrochlormethyltestosterone, oxandrolone and stanozolol were detected in his sample.

In the women’s 63kg event, original bronze medallist Christine Girard of Canada could be in line to claim gold after Maneza is stripped of her title, with the International Weightlifting Federation stating in June that silver medallist Svetlana Tsarukayeva of Russia had recorded an adverse analytical finding.

Podobedova’s disqualification has seen Spain’s Lidia Valentin rise to the bronze medal place in the 75kg event, but with cases ongoing against Natalia Zabolotnaya of Russia and Iryna Kulesha of Belarus, she could yet earn gold.

The IOC have also confirmed that disciplinary proceedings have been ended against Russian freestyle wrestler Kudukhov, who won a silver medal at the Games.

He has been found to have tested positive for dehydrochlormethyltestosterone when his sample was retested in May 2016.

Due to his death on December 29 in 2013, Kudukhov was unable to request the opening of his B-Sample, leading to his case being filed.

"However, this is the unavoidable consequence of the fact that proceedings in which the existence of an anti-doping violation would have been established or not, can no longer be conducted."

India's Yogeshwar Dutt had in August that the 60kg bronze he won four years ago had been upgraded to silver due to Kudukhov's failure.

Dutt then said he would refuse to accept the silver medal, saying it should remain with the Russian's family.