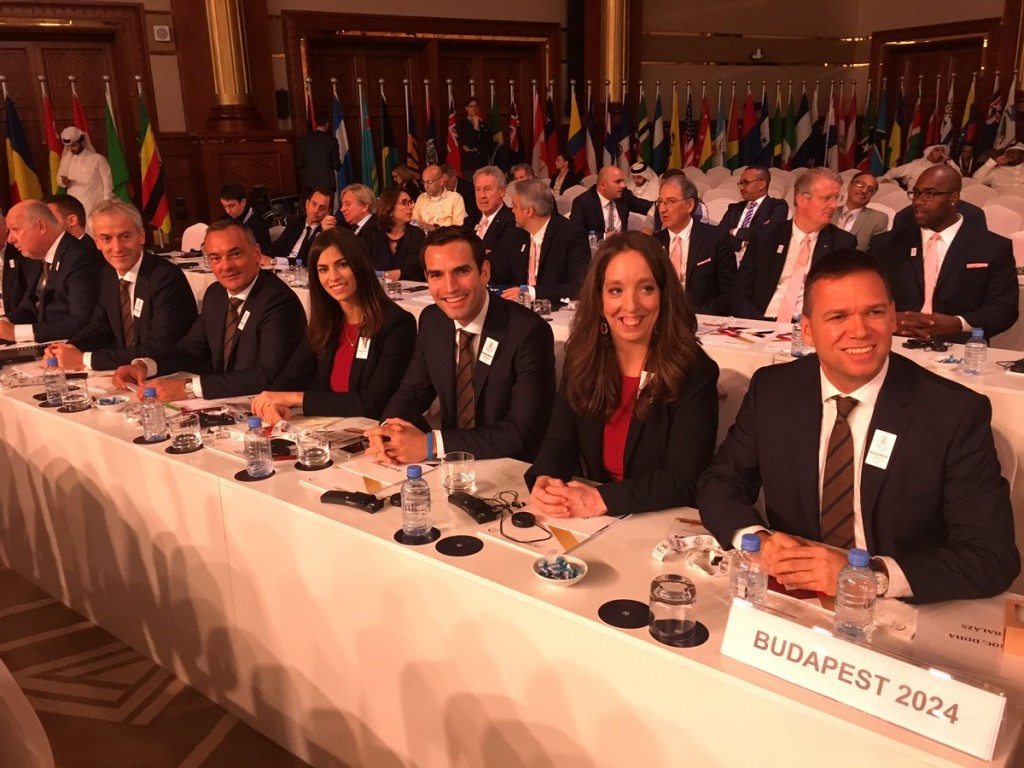 Budapest 2024 chairman Balázs Fürjes claimed the Hungarian capital is a "city on the rise" in their first Olympic and Paralympic bid presentation here today.

Central to the presentation was the idea Budapest is the "right city at the right time", with the statement repeated on numerous occasions.

Budapest 2024 were also keen to stress they would offer a "real alternative" to only large cities being able to host the Games.

"We have the fundamentals in place," said Fürjes.

"We are a city on the rise.

"Because a mid-sized global city such as Budapest can offer a truly compact and intimate Games experience.

"A mid-sized city can deliver a Games at reasonable scale and reasonable cost.

"And this is a Games that will transform the city and leave a lasting legacy.

"A Games in Budapest sends the message that the Olympic Games are not simply for the mega-city but for mid-size cities."

Attila Mizsér, director of sports and venues, stressed the short distances athletes and spectators would need to travel between the venues as an important feature in their bid.

An average walking distance of 12 minutes between venues was claimed by the Budapest 2024 across their two venue clusters.

This is likely to have resonated with National Olympic Committees presented, with long transfers between Rio 2016 competition sites fresh in the mind.

Perhaps with Rio 2016 in mind, Budapest 2024 were also keen to highlight that awarded them the Games would present a risk, highlighting a growing economy.

It was also claimed, due to large scale infrastructure investment over the past seven years in the country, that less construction would be required in the build-up to Games the right to host.

Alexandra Szalay-Bobrovniczky, Deputy Mayor of Budapest, was also among the delegation and suggested a deep love of sport and festivals, which have resonated with young people, make the city ideal for the Games.

"A city that delivers.

"A city committed to the Games.

"A city for new audiences and a new generation.

"And a city that belongs to that new generation, to the young.

"A city that pulses with their confidence, their identity, their vitality."

Budapest are invovled in a three-horse race with rivals Los Angeles and Paris, who also made presentations here today.

A decision on which city will host the Games is due to be made on September 13 at the International Olympic Committee Session in Lima.