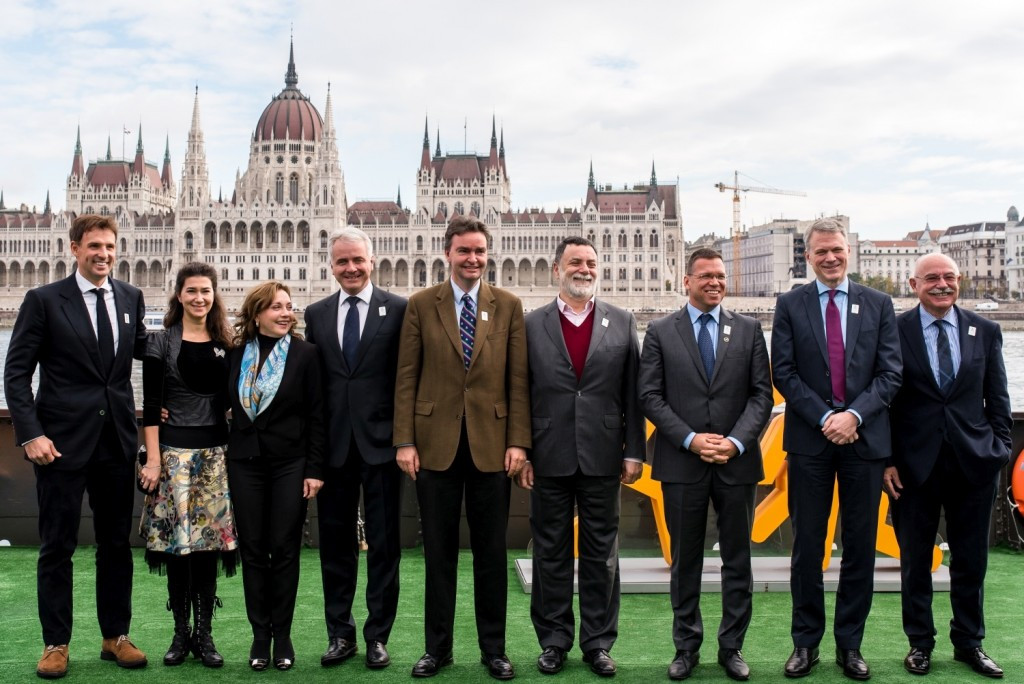 Budapest 2024 have announced nine ambassadors, deemed to represent Hungarian society, who will seek to grow support for their bid for the Olympic and Paralympic Games throughout the nation.

The ambassadors are set to work closely with Budapest 2024 and key stakeholders, including their Athletes' Commission, to increase awareness of the bid and Games concept.

Former Foreign Minister János Martonyi is among the ambassadors for the bid with the diplomat and lawyer taking up the role in a year which has seen him awarded the Széchenyi prize, recognising those who have made an outstanding contribution to academic life in Hungary.

János Csák, a former Ambassador to London and a recipient of the Hungarian Order of Merit Cross, lawyer and political scientist Tamás Fellegi and former Ambassador Extraordinary to the European Parliament, György Habsburg, have also been named as ambassadors.

They are joined by award winning opera singer Andrea Rost, an honorary citizen of Budapest, as well as Christopher Mattheisen, the chief executive of Hungary’s largest communications company Magyar Telekom.

Fruzsina Szép, an artistic director at Lollapalooza and board member of the Yourope European Festival Association, has also been selected.

Szalay-Berzeviczy has been a firm supporter of the city’s bid for the Olympics having founded in 2005 the Movement for the Budapest Olympics, the civil group having been working on bringing the Games to Hungary.

The ambassadors were unveiled at the Budapest 2024 Visitor’s Centre, which is located on the famous Danube river.

"The facilities are mostly already there, with just a few additional venues to build," said Mattheisen.

"It’s misleading to expect that an Olympic Games can be a profitable investment in two or three years – we need to take a 20 to 30 year perspective.

"Looking ahead in this way, I challenge Hungarians to dream big and to believe in the dream."

Their unveiling also coincided with a new video being released, which highlighted how plans for an Olympic Games in Budapest would connect people and communities through sport.

Budapest claim that only three additional venues need to be built for the Games, while they claim more venue and infrastructure development has taken place in the capital in the last seven years than would be needed in the seven-year lead-up to the event.

They also highlighted that tourism is growing at the fastest rate in Europe, claiming their sports and festival tourism sectors are behind this increase.

The bid also state the Games have a distinct appeal to the young people of Hungary and Central Europe, with recent polls suggesting that 74 per cent of 18- to 33-year-olds would be "proud" or "very proud" if Budapest was given the opportunity to host the Games.

Recent initiatives sponsored by Budapest 2024, such as the Budapest Urban Games and the Digital Innovation Competition, have also been aimed as engaging youth and encouraging them to be active and entrepreneurial.

"Our city is a strong contender with a master plan that turns Budapest into one, giant festival live site for Olympic sport,” said Budapest 2024 chairman Balázs Fürjes.

"Our Ambassadors will help us to tell Budapest’s captivating story to the nation and to the world, inviting all of Hungary to join in.