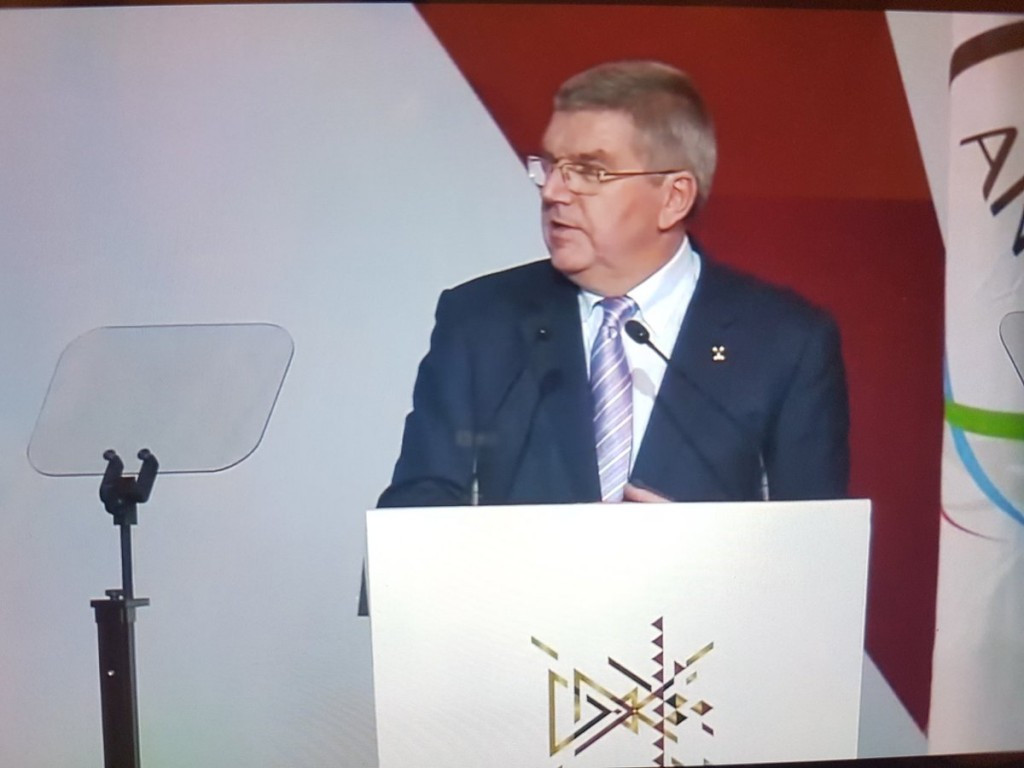 International Olympic Committee (IOC) President Thomas Bach delivered a robust defence of the body's performances this year in a keynote address in which he blamed media for supposedly misrepresenting their achievements.

Bach, speaking at the Association of National Olympic Committees (ANOC) General Assembly, argued that no cities would have bid for the 2024 Olympics and Paralympics if it had not been for the Agenda 2020 reforms he masterminded in 2014.

He also claimed that Rio 2016 had been an "iconic" success despite the catalogue of problems beforehand, while defending the IOC's decision not to impose a blanket ban on Russian athletes at August's Games after allegations of state-sponsored doping.

This comes after a year in which Bach and the IOC has received significant criticism worldwide - especially with regard to Russian doping and Rio preparations.

But the speech was praised afterwards by delegates representing 205 National Olympic Committees (NOCs) as the Olympic Movement continues to show a united public front.

"There is a difference between public opinion and published opinion," Bach declared in reference to "last week's [Presidential] election" in the United States in which Donald Trump defeated Hillary Clinton.

Rio 2016, he then suggested, could provide another case study.

The German admitted there had been "unprecedented challenges" in Brazil, but highlighted how anticipated problems raised in the media such as Zika virus did not materialise.

"We now have a solid foundation to build the future of the Olympic Movement," he claimed.

He appeared reluctant to directly praise the Rio 2016 Organising Committee headed by Carlos Nuzman afterwards, however, something highlighted by several other delegates who did so afterwards.

Bach then claimed the sporting success in Rio showed how sport remains "an anchor of stability" in today's world.

"Yes, this world is more fractional than ever," he said.

"We must acknowledge that the world as we know it is changing in many respects.

"Peace is not what this world is about at this stage - peace and financial systems is at risk.

"But if we compare where we stand in sport with the rest of society, we can really say that, in this disenfranchised world, sport is an anchor of stability that more and more people are looking to and having confidence in.

"We must justify this confidence and remain an anchor of stability."

Bach also defended the decision to allow individual International Federations to determine Russian eligibility at Rio 2016 despite a call from the World Anti-Doping Agency (WADA) for a blanket ban to be imposed following allegations of state sponsored doping contained in the McLaren Report.

He highlighted how the IOC are carrying out two investigations separate to the WADA-commissioned McLaren one, led respectively by French judge and IOC Ethics Commission vice-chair Guy Canivet and by Swiss IOC member Denis Oswald.

"These Commissions will also allow the Russian perspective to be heard, which has not been the case so far," he said.

"Based on its findings, it will be necessary that we take all the measures and all necessary sanctions because, even if only part of this is true, it will be an unprecedented attack on the integrity of Olympic competitions."

In his 45 minute long speech, he also claimed that each of the three remaining 2024 bid cities - Budapest, Los Angeles and Paris - had told him that they are only bidding due to the Agenda 2020 reform process.

The reforms, a key part of Bach's electoral manifesto, increased the flexibility of the bidding process and claim to allow candidates to shape more individual and self-catered bids.

"All these candidates can confirm that.

"They have told us, it's not just our simple sentiment."

Bach did not mention, however, that Hamburg withdrew from the process after a failed referendum late last year while Rome has suspended its bid after being unable to gain Mayoral support.

Agenda 2020 reforms applied to Tokyo 2020 have also failed to prevent the Tokyo Government claiming in September that the budget would balloon to ¥3 trillion yen (£22 billion/$30 billion/€26 billion) if "drastic changes" are not made.