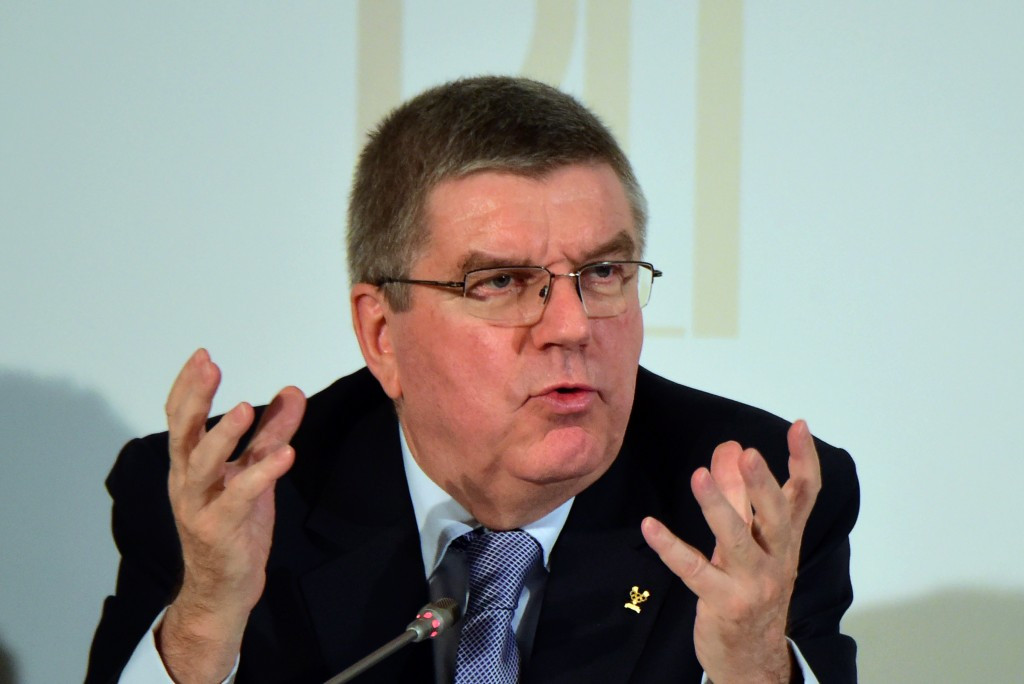 International Olympic Committee (IOC) President Thomas Bach believes there is a "great opportunity" to further push forward his Agenda 2020 reforms amid the crises which are rocking sport.

Widespread allegations of corruption at football's world governing body FIFA, which has seen its outgoing President Sepp Blatter banned for eight years, have made for shocking reading during 2015 and athletics was then hit by reports of state-sponsored doping and cover-ups in Russia.

Bach's Olympic Agenda 2020, described as a "strategic roadmap" for the future of the Olympic movement, set out a number of reforms aimed at fighting both corruption and doping as well as promoting transparency and good governance.

A total of 40 recommendations were unanimously approved by the entire IOC membership at an Extraordinary Session in Monaco in December 2014, with Bach rarely missing an opportunity to promote his cause since then.

In his New Year's message, in which he also backed Rio de Janeiro to hold a successful Olympics in 2016, he said he was happy with how the proposals had been implemented but was wary that there is work to do.

He also confirmed that the IOC would increase ties with the United Nations (UN) to further help refugees around the world through sport.

"When Olympic Agenda 2020 was adopted one year ago, my message to everyone in the Olympic Movement was change or be changed," said Bach.

"One just needs to look at the events over the last 12 months to realise that this message is even more urgent today to safeguard the credibility of sports organisations and to protect clean athletes.

"Undoubtedly, recent developments in some sports cast a shadow across the whole world of sport.

"As the role and relevance of sport in society continues to grow, so do the expectations of the public vis-à-vis the integrity of athletes and sports organisations.

"It is our shared responsibility in the Olympic Movement to provide new answers to new questions.

"This is a great opportunity for the Olympic Movement to drive the reforms of Olympic Agenda 2020 further.

"Most of the reforms have already been implemented in just 12 months.

"With Olympic Agenda 2020, all stakeholders of the Olympic Movement have agreed to apply the principles of good governance.

"The IOC has already implemented internationally recognised standards of governance in all its activities, and has published the Olympic Movement Code for preventing competition manipulation.

"We have called on and we expect all sports organisations to follow our lead.

"With regard to protecting the clean athletes, the IOC has strengthened its commitment to making the world’s anti-doping system and the sanctioning of doped athletes independent from sports organisations.

"We are convinced that all these changes are necessary to better protect the clean athletes and enhance the integrity of sport.

"While we see many elements of Olympic Agenda 2020 in action already today, our focus must be on the road ahead.

"Our process of change continues in 2016 with the same energy and determination.

"Only in this way can we continue to reinforce the role of sport in society – and to put sport at the service of humanity.

"In this respect we will even strengthen our partnership with the United Nations to contribute towards the realisation of the UN Sustainable Development Goals and help the millions of refugees across the globe through sport."

Next year is a huge one for the IOC, with the Summer Olympic Games taking place in Rio in August and the Winter Youth Olympic Games set for Lillehammer in February.

Bach admitted that political and financial problems in Brazil had created issues for Rio organisers, but remains confident of a successful Games.

A corruption scandal involving state-run oil giant Petrobras has embroiled the country's political sphere while a health state of emergency has been declared in Rio following a budget crisis.

"In just a few short weeks, we kick off a landmark Olympic year with the spirit and energy of the next generation of young athletes on full display at the Winter Youth Olympic Games Lillehammer 2016.

"In August, the world will come together in Rio de Janeiro, for the very first Olympic Games in South America.

"I am confident that Brazil will enthusiastically welcome the world with their joy of life and their passion for sport.

"We know the current economic and political situation in Brazil will make the next months of final preparations more challenging, but together with the great support of the Cariocas and the Brazilian people, the organisers can count on the solidarity of the entire Olympic family to make the Games a success.

"The Olympic Games Rio de Janeiro 2016 will bring the world a message of hope and joy during difficult times.

"The solidarity and unity of the Olympic Movement will be the key to success for delivering outstanding Games."

TOP STORY: Beijing 2022 venues to be ready for ice production by end of year