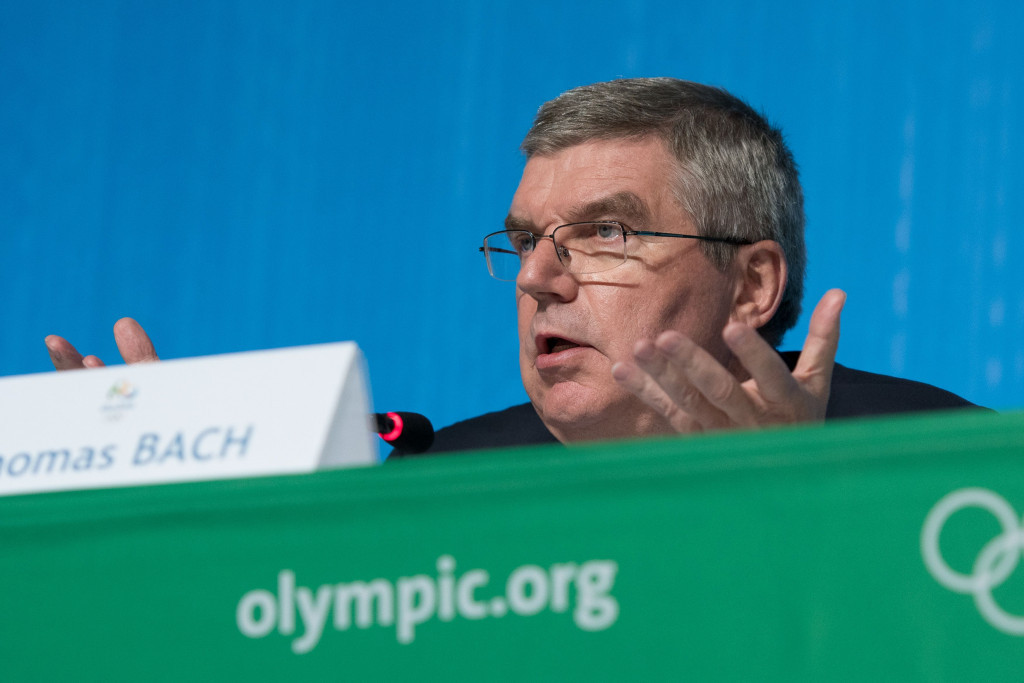 International Olympic Committee (IOC) President Thomas Bach has claimed no public funding was spent on Rio 2016 and these Games will be remembered as a turning point in leaving a "much better" host city.

Bach, giving his assessment of the Olympics on the eve of the Closing Ceremony, gave an overwhelmingly positive response, despite being asked about the litany of problems surrounding these Games.

He claimed the event has given a new lease of life to the city, offering as examples new infrastructure projects such as the subway line linking the main Olympic hub at Barra de Tijuca with the city centre.

“Imagine if this situation [of Rio being neglected] would have continued like this,” Bach said.

“Then imagine where Rio would be today.

"So this is why I am absolutely convinced that history or maybe the Cariocas from tomorrow will talk of the Rio de Janeiro before the Games and the much better Rio de Janeiro after the Olympic Games.”

Bach claimed that the IOC have "shown that it is possible to organise Olympic Games also in countries which are not at the top of the GDP (Goss Domestic Product) ranking".

He then claimed this had been achieved without  the local population having to shoulder the financial burden.

"We have shown that we are ready to face social reality and to address this," Bach said.

"There is no public money in the organisation of this Olympic Games.

"The budget of the Organising Committee is privately financed; there is no public funding for this.”

Bach's comments are disingenuous, however, considering the City Government has just dedicated an extra BRL150 million (£36 million/$46 million/€42 million) to organisers to help with preparations for next month's Paralympic Games.

More money is likely to be provided by state-owned companies, including by oil giants Petrobras.

Only one budget exists for both the Olympic and Paralympics Games, Rio 2016 organisers having repeatedly insisted this week.

They have claimed that the funding for both events is combined and cannot be treated as completely separate.

A further BRL2.9 billion reais (£650 million/$890 million/€785 million) has been committed by the Federal Government in emergency aid to help provide Games-related security and infrastructure, including paying the wages of extra policeman to patrol the streets..

Legacy benefits have also been questioned, with the Barra seen as an exclusive neighbourhood which will not do much to benefit poorer people, while other commitments, like reducing water pollution levels by 80 per cent, have not been met.

Unusually, Bach was not joined today by Rio 2016 President Carlos Nuzman, who has not spoken to the press since before the Opening Ceremony.

Bach praised organisers, and singled out Rio de Janeiro Mayor Eduardo Paes for praise before repeatedly hailing the "iconic" nature of the Games.

"I think this is a really iconic Games, it is also Games in the middle of reality," he said.

"They were not organised in a bubble.

"They were organised in a city where there are social problems, social divides, where real life continued and I think it was very good for everybody.

"To be close to reality and not to have it in a bubble for 16 days, the Games somehow being isolated.

"To be in the middle of it, to see reality and by seeing this to put sport into perspective."

He played down many other factors, such as a negative impact on the Olympic Movement and growing tension between the IOC and Brazilian police forces.

Bach did admit that it was a "pity" there had been so many empty seats, particularly "in the early days of the Games, where there were challenges in transportation and access.".

But he claimed "we have seen exciting events in most of the stadiums", citing this morning's men's singles badminton final as well as beach volleyball on Copacabana.

Bach also predicted ticket sales to rise for the Paralympic Games despite only 12 per cent having been bought so far, claiming a similar pattern was evident at London 2012.