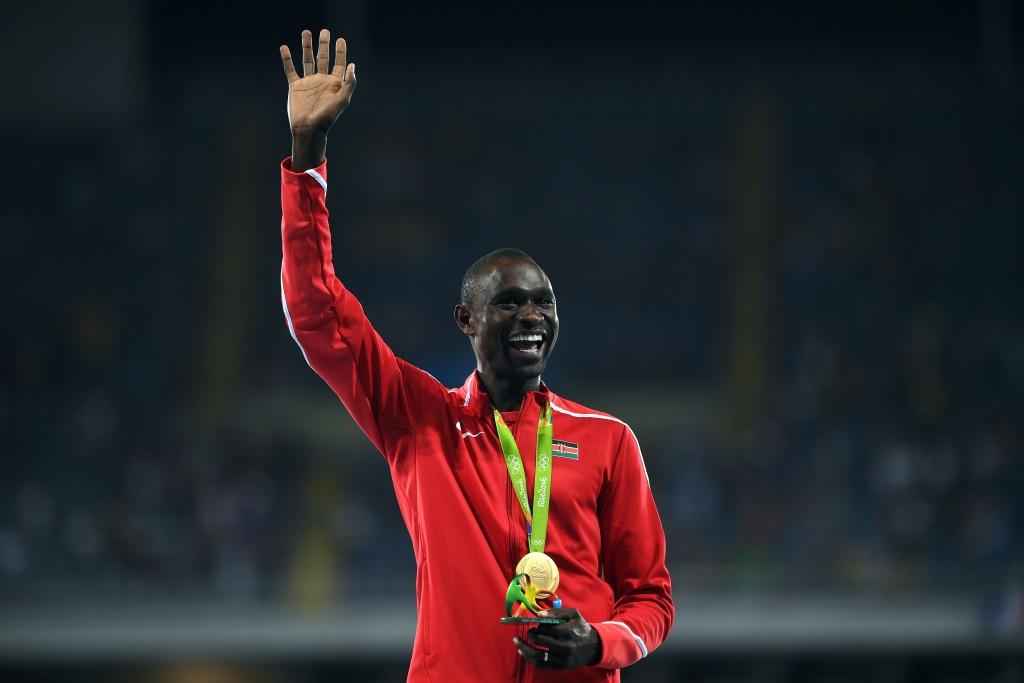 Kenya’s two-time Olympic champion David Rudisha has been appointed as the President of the African Athletics Confederation (AAC) Athletes' Commission.

The 800 metres runner was appointed to the post by AAC President Ahmad Kalkaba Maboum.

He is set to replace former Namibian sprinter Frankie Fredericks.

Rudisha is one of the continent’s most well-known athletes and won an Olympic gold medal at London 2012 in a world record time of 1min 40.91sec.

The two-time world champion successfully defended his Olympic crown at Rio 2016 in August.

"The President of the African Athletics Confederation has chosen you for many objective reasons to lead the destiny of this important commission," CAA secretary Lamine Faty said to Rudisha, according to Agence France-Presse.

Rudisha is set to be an advocate for athletes, raising any issues with the Confederation.

The Kenyan is also reportedly set to have a place on the CAA Technical Committee.

He will be joined on the Commission by Nigerian sprinter Mary Onyali-Omagbemi, a two-time Olympic bronze medallist.

She will serve as the AAC Athletes' Commission vice-president, according to The Namibian.

Algeria’s Hakim Toumi and the Ivory Coast’s Amandine Affoue Allou are also set to feature on the Commission.

Rudisha will be expected to appoint three more members, with Ethiopia, South Africa and Cameroon set to have representatives.