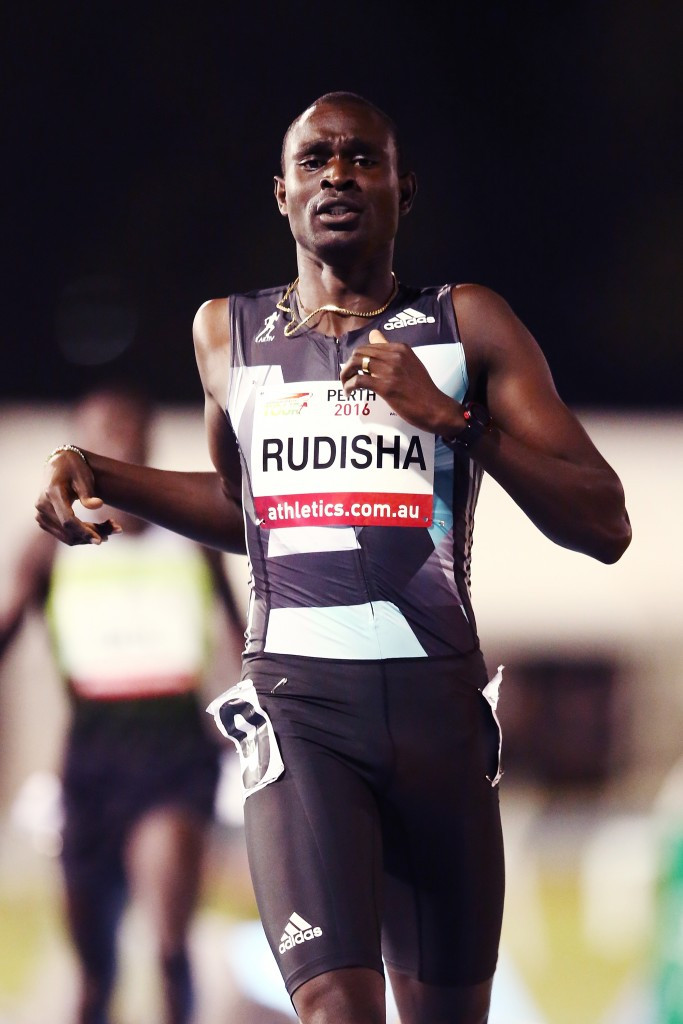 The Olympic aspirations of David Rudisha, the defending 800 metres champion, received an unexpected jolt on a rain-swept evening in Stockholm’s 1912 Olympic Stadium as he could only finish fourth in the concluding event of the International Association of Athletics Federations (IAAF) Diamond League meeting.

Rudisha, who had looked sharp in winning over 600m in last week’s Birmingham Diamond League meeting, clocked 1min 45.69, almost a second off his season’s best, as the victory at the BAUHAUS-gala meeting went to fellow Kenyan Ferguson Cheruyiot Rotich in 1:45.07.

“It was a good race,” said Rotich, who has shown consistent Diamond League form this year, winning in Shanghai and taking second place in Eugene.

“I have the Olympic trials in Kenya later this month.

France’s Pierre-Ambroise Bosse was second in 1:45.23 ahead of Poland’s European champion Adam Kszczot, who clocked 1:45.41.

It was also a disappointing night for Ethiopia’s 2013 world champion Mohammed Aman, who was seventh in 1:47.00.

Olympic and five-times world long jump champion Brittney Reese was talking about her long-term goal of the world record before this meeting, but on the night her horizons were somewhat reduced by defeat at the hands of Serbia’s European Indoor champion Ivana Spanovic, who managed 6.90m to the American’s 6.88m.

Home runner Susanna Kallur, back in competitive action for the first time in six injury-filled years, produced a hugely encouraging performance in the women’s 100m hurdles, the event at which she won the European title back in 2006, as she finished fifth in 13.00sec in a race won, as expected, by Kendra Harrison of the United States.

“It feels like I have been running a very long marathon for the past few years and this was just like the last 100th of a second and the absolute best part,” said the 35-year-old, who still holds the world indoor 60m hurdles record of 7.68sec from 2008.

“You know I have been doing so much work to be able to come here and finally I have gotten a little bit of a reward for all the work I have been putting in – it’s indescribable!

“As for what happens next I am just going to let my body decide, I will have to wait and see how my body feels tomorrow and the day after that and three days after that and a week after that, I will see when it is possible to race again.

“My goal is to qualify for the Olympics and hopefully my body cooperates so I can have a few more shots at 12.80, that is the Swedish Olympic qualifying time.”

Harrison, whose winning effort of 12.24 in last month’s Eugene Diamond League meeting put her second on the all-time list, won in 12.66 ahead of fellow Americans Nia Ali, the world indoor champion, who clocked 12.85, and Queen Harrison who managed 12.87.

“Conditions slowed me down a little but I'm happy with my performance,” said Harrison.

“The US Olympic Trials take place on July 7th in Eugene.

"The US team is one of the toughest to qualify for but I am in good form and will give it my best shot.”

A relatively modest best effort of 5.73m on the night assured France’s Olympic pole vault champion Renaud Lavillenie of the victory which keeps him on course to maintaining his unique record of winning the season-long Diamond Race in his event on every occasion since the Diamond League started in 2010.

A best of 68.32m left her almost four metres clear of the rest of the field, with Cuba’s world champion Denia Caballero only managing 63.85 for third place.

Ethiopia dominated the men’s 5,000m race, providing the first six finishers, with Ibrahim Jeilan, the last man to defeat Britain’s Mo Farah in a global 10,000m race, which he did at the 2011 Daegu World Championships, winning by a whisker in 13:03.22 from world indoor 3000m champion Yomif Kejelcha, who clocked 13:03.66 ahead of Diamond Race leader Muktar Idris who finished in 13:05.54.

Plenty of good information for the Ethiopian selectors, who will be choosing their Olympic 5,000m runners partly on the basis of performances at this and the last Diamond League meeting in Oslo.

Olympic and world triple jump champion Christian Taylor of the United States finished almost a metre clear of his nearest opposition with a best effort of 17.59m.

The German took second place with 85.89m ahead of Kenya’s world champion Julius Yego, whose form has yet to take flight this year and who managed 83.09.

Bahrain’s Ruth Jebet was an expected victor in the women’s 3000m steeplechase, but the 19-year-old naturalised Kenyan, who produced the second fastest time ever in winning at Eugene last month, did not need to break nine minutes in the Swedish capital, clocking 9:08.37.

In the absence of the expected challenge from Tunisia’s Habiba Ghribi, who has the fourth fastest time to her credit but finished sixth in 9:31.22, second place went to Kenya’s Beatrice Chepkoech in 9:22.56.

Poland's Angelika Cichocka provided one of the surprise performances of the evening with victory in the women’s 1500m in 4:03.25.