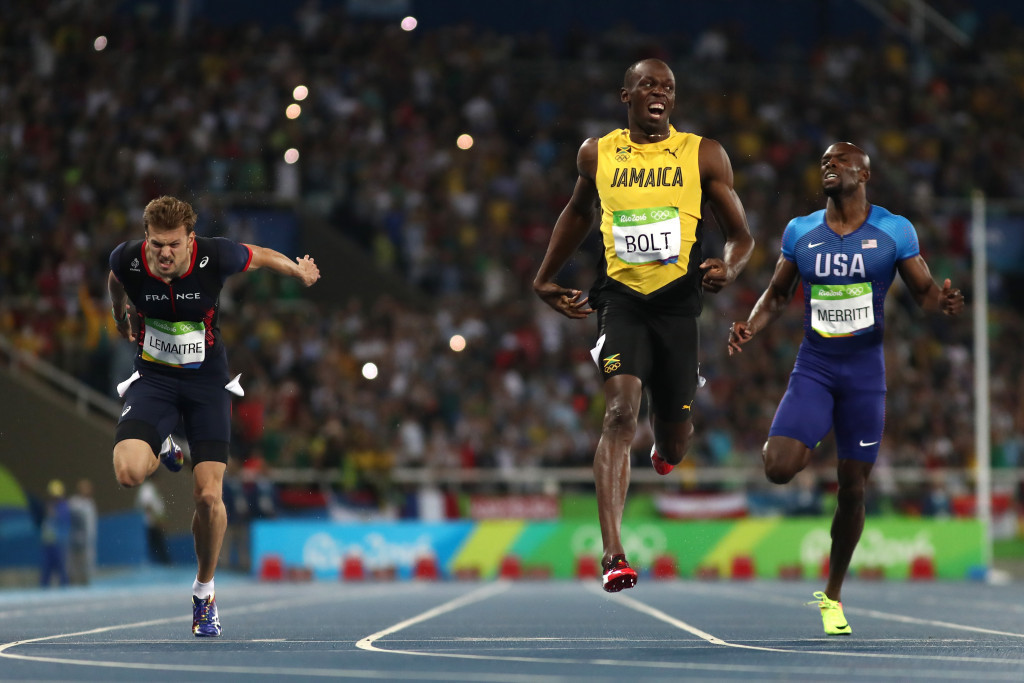 Jamaican sprinting supremo Usain Bolt will be chasing a record sixth male crown after completing the "triple triple" of 100, 200 and 4x100 metres relay titles for a third successive Games.

United States decathlon gold medallist and 2015 winner Ashton Easton is one of two other former champions on the 10-man shortlist along with Kenya's two-time Olympic 800 metres star David Rudisha, winner in 2010.

Britain's Mo Farah will be seeking a first World Athlete of the Year crown to add to the European honour he received last week after a successful defence of his 5,000 and 10,000m Olympic titles in Rio de Janeiro.

Two other Kenyans are among four other Olympic champions shortlisted in 3000m steeplechaser Conselsus Kipruto and marathon runner Eliud Kipchoge.

They are joined by US triple jumper Christian Taylor and Jamaican 110m hurdler Omar McLeod.

Hurdler Kendra Harrison is the only American among the 10 female contenders despite having not even qualified to compete for a US-team which eventually swept the 100m hurdles medal positions.

She does remain a leading contender, however, after dominating the rest of a season and recording a world record of 12.20.

Jamaican sprinter Elaine Thompson is another leading contender after taking the 100 and 200m sprint double in Rio.

Bahrain's Olympic 3,000m steeplechase champion Ruth Jebet, who has since run a world record 8:52.78 in Paris, is one of three other track winners in Rio shortlisted along with South Africa's Caster Semenya over 800m, Kenya's Vivian Cheruiyot over 5,000m, and Ethiopia's Almaz Alyana over 10,000.

Wlodarczyk broke the world record twice this year, including when winning in Rio.

Belgium's Olympic heptathlon champion Nafissatou Thiam is arguably the most surprising omission from either list after claiming an impressive breakthrough title in the Brazilian city.

Members of the IAAF Council and wider community will cast their votes by email, while fans can vote online via the IAAF's social media platforms.

The IAAF Council’s vote will account for 50 per cent of the vote, while the choice of the public and IAAF family - a group including press, partners and member federations - make-up the remainder.

Voting closes on November 1 after which three male and and three female finalists will be announced.

The two winners will then be announced live on stage at the IAAF Awards Night in Monte Carlo on December 2.

Female 2015 winner Genzebe Dibaba of Ethiopia is not nominated this time around after "only" winning 1500m silver in Rio.