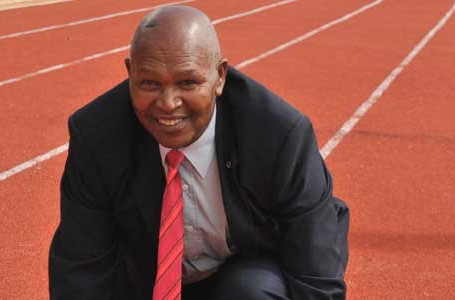 The National Olympic Committee of Kenya (NOCK) have claimed they will need over KSh542 million (£3.5 million/$5.4 million/€4.9 million) to send their team to next year’s Olympic Games in Rio de Janeiro.

NOCK chairman Kipchoge Keino also revealed they plan to have a delegation of 80 individual athletes as well as two teams, the men’s rugby sevens team and either the women’s volleyball or football sides, at the Games.

That number is significantly higher than the 51 they took to the Olympic Games in London three years’ ago.

They have already sent a team out to the Brazilian city to scout a training venue, and NOCK have said they are erring towards selecting São Paulo as their base for the event.

Keino is hoping Kenya can better their record medal haul, achieved at the 2008 Olympics in Beijing when they took home six golds, four silvers and four bronzes after the country endured a tough time at London 2012.

There they won 11 medals, but only two gold.

Speaking at a fundraising event for Kenya’s road to Rio, Keino insisted they will prepare properly in order to give their athletes the best chance of achieving success.

“I’m sure we are ready to prepare the Kenyan team,” Keino, a two-times Olympic champion, said.

“The money required to prepare the team starting now to all the federations preparing to qualify.

“We need to sit down will all federations and tell them of the need for them to qualify.

“We need our athletes there before the Opening Ceremony to help them to acclimatise.”

Hassan Wario, Cabinet Secretary for Sports, Culture and Arts, also stressed the need for the Government and NOCK to work together ahead of the Rio 2016 Games, which are now less than a year away.

Kenya have won 86 Olympic medals, including 25 golds, since they first competed at the Games in Melbourne in 1956, with the majority of those coming in the long distance running events.