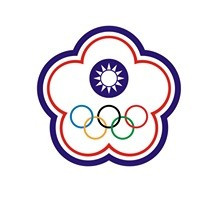 Around 100 sportspeople are due to be offered jobs at a hotel as part of the Chinese Taipei Olympic Committee’s (CTOC) athlete career programme, it has been announced.

The news came as 16 former athletes were interviewed for various roles at the Caesar Park Taipei Hotel, part owned by CTOC President Hong-Dow Lin, of which four were successful.

Chieh Lee, a former member of the national sailing team in the country, has been offered a housekeeping management trainee role, while Incheon 2014 under 55 kilograms karate gold medallist Tzu-Yun Wen will work part-time on a receptionist internship.

Each of the successful athletes were presented with a certificate for their achievements by NOC Director Chung-Jen Lu and Patrick Glennon, Senior Vice-President of the Adecco group.

It is hoped the initiative will enable athletes to reach more diverse job opportunities once they decide to retire from their sporting careers.

The scheme will continue to be rolled out in the country with the aim of increasing the amount of competitors who find work after their careers come to a close.