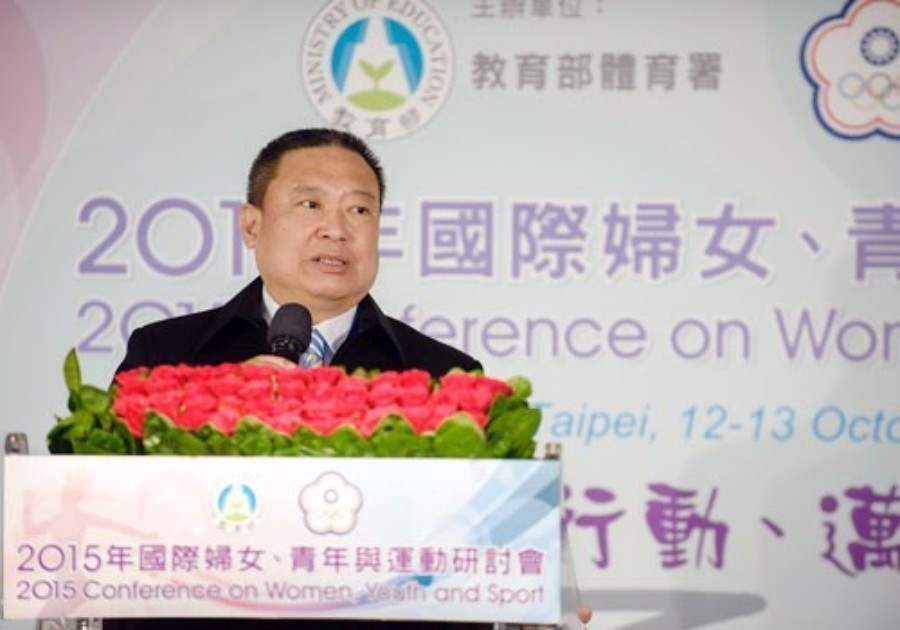 A Women, Youth and Sports Conference has been held by the Chinese Taipei Olympic Committee (CTOC), attracting over 80 participants from accross sporting, academic and political fields.

Entitled "Innovation, Action, New Milestones", the two-day event held at the Sheraton Taipei Hotel was the third edition since its inception in 2011.

In response to what was described as "recent awareness and promotion of youth sport", focusing on young people was a major theme of this year's event, just as it currently is for the entire Olympic Movement.

But ensuring opportunities for women in sport remains another key theme, and one addressed in a keynote speech by Dr. Carole Ann Oglesby, co-chairperson of the International Working Group on Women and Sport, entitled "Theory to Dynamic Action Sport and Physical Activity for Girls and Women: Instrument for Public Policy".

Female athletes and supporting personnel, including Taiwanese Olympic Games and Asian Games medalists, were invited to share with participants their inspiring stories.

This followed an Opening Ceremony chaired by CTOC President Hong-Dow Lin, while the Sports Administration of the Ministry of Education was among other participants.

Taiwan, which competes as "Chinese Taipei" at the Olympics, has a decent smattering of female medallists among its 21 podium finishes on sport's biggest stage.